A tornado rushes from the ceiling in a 3D wind chamber at Western University’s WindEEE Research Institute. The founding director’s “napkin drawing” (overlay) was the genesis of the next generation of wind science technology. WindEEE is not a conventional wind tunnel with long, straight rooms and fans blowing in a single direction. It is six-sided, has fans in the ceiling and walls, and blows air in changing directions. This more accurately simulates thunderstorm downbursts, tornadoes and low-level jets, which together cause more than half the structural damage to infrastructure in North America. Researchers can now improve the design of buildings and transmission lines, as well as wind farms and solar panels. 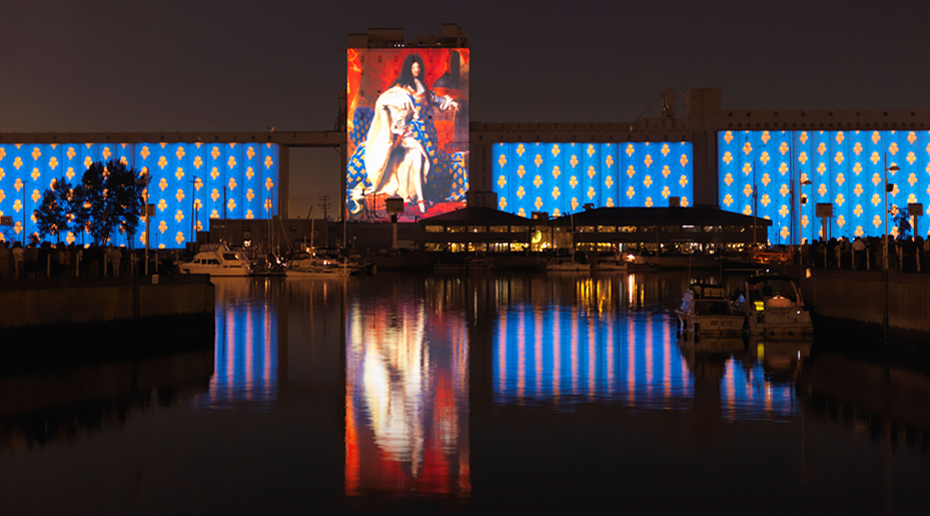 Bringing Quebec City’s history to life by providing the expertise to create the largest outdoor projection show in the world. Université Laval.

An image of King Louis XIV projected onto grain silos in Québec's harbour to celebrate the city’s 400th anniversary in 2008. Playwright and stage director Robert Lepage created this outdoor projection show called The Image Mill. To access historical images, Lepage turned to the Laboratoire de muséologie et d’ingénierie de la culture at Université Laval. The lab experiments with digital technologies to help museums showcase culture and heritage and its director, Philipe Dubé, is an expert in Quebec’s ethnohistory. During the show’s five-year summer run, The Image Mill drew international praise, along with millions of visitors. 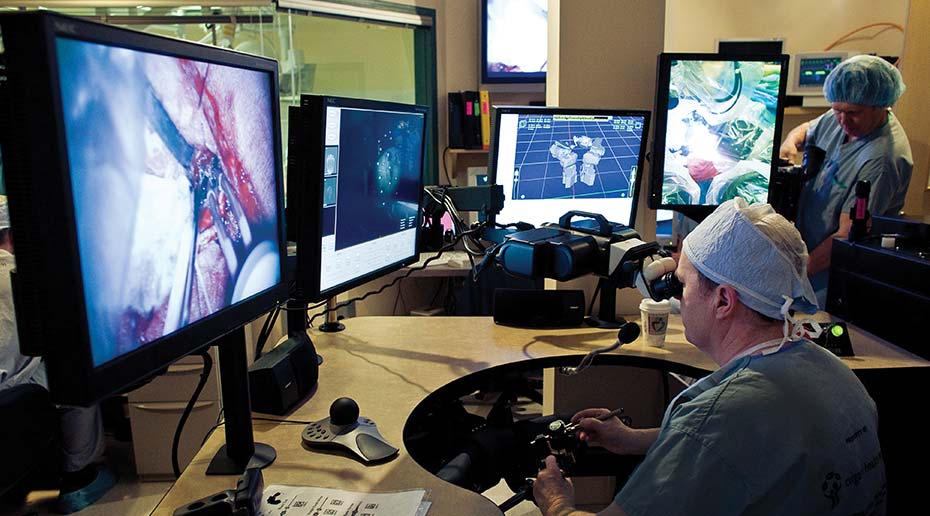 Harnessing the precision of space robotics for safer brain surgery. University of Calgary.

A surgeon controls the world’s first and only robot capable of performing neurosurgery on a patient inside a magnetic resonance imaging machine. NeuroArm, developed by a team at the University of Calgary, harnesses the same kind of precision robotics used in the International Space Station’s Canadarm2 and pairs it with the executive decision-making of the human mind. The robot was first used to remove a brain tumour in 2008 and is now used to treat patients at Foothills Medical Centre in Calgary. The technology has the potential to make surgeries more effective and less invasive so recovery is faster and healthcare costs are reduced.

View “PART II: It is built on understanding”
Return to the whole collection of “Innovation: a desire to make things better”

article
Summoning the storm, at the Wind Engineering, Energy and Environment Research Facility
By simulating intense winds and weather, a research facility at Western University tests how buildings will hold up under catastrophic conditions

article
PART II: It is built on understanding
Illuminating our world at the atomic scale with a light so bright the sun dims by comparison. University of Saskatchewan.