Inside the Canadian Light Source’s ring-like structure at the University of Saskatchewan, electrons zip along at great speed. The resulting electromagnetic radiation creates a light millions of times brighter than the sun. Researchers select specific wavelengths to make observations at the atomic level. Mapping more than 750 protein crystals — like those at right — builds a worldwide repository describing the biological molecules that might unlock new treatments for diseases from viral infections to cancer. 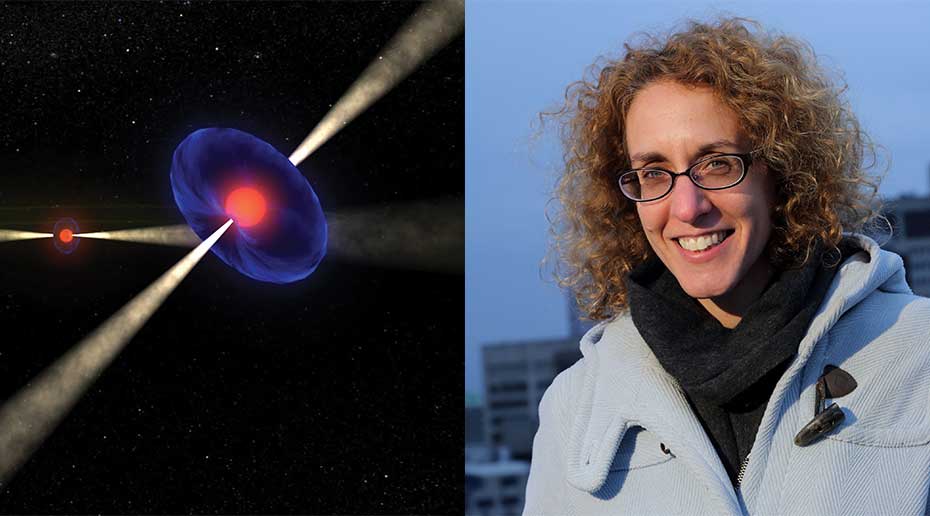 This artist’s drawing of a double pulsar shows a type of neutron star that gives off a repeating series of radio pulses. Researchers believe that neutron stars are the dense “dead” remains left over after the cataclysmic explosion of a massive star. Scientists at McGill University, including astrophysicist Vicky Kaspi, shown here, are studying these celestial bodies to understand the nature of the ultra-dense matter in a neutron star’s interior — and to test Einstein’s theory of general relativity. 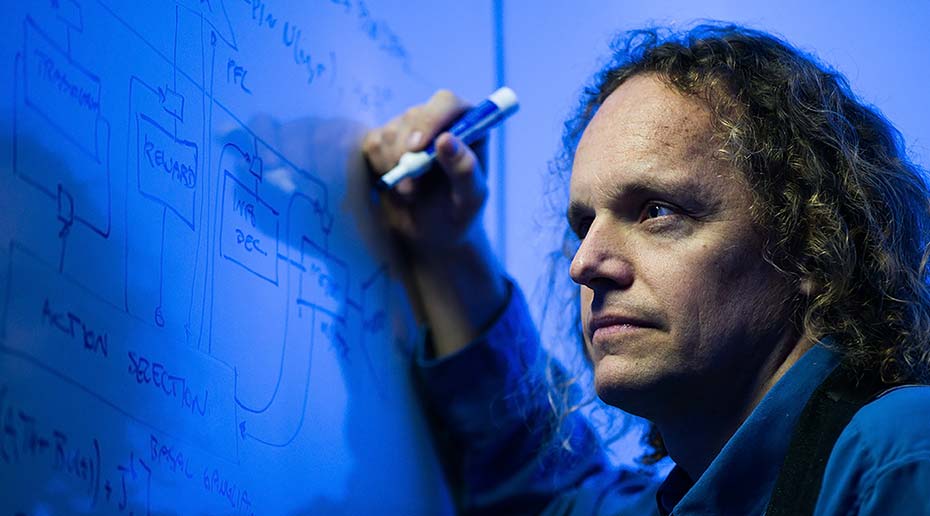 Devising a simulated brain to realistically reproduce animal, and even human, behaviour. University of Waterloo.

Chris Eliasmith, director of the University of Waterloo’s Centre for Theoretical Neuroscience, sketches the equations behind the world’s most comprehensive, functional brain model simulating 2.5 million neurons with eight billion connections. Built at the university, the computer model is designed to represent specific brain regions such as the prefrontal cortex and thalamus. It can realistically reproduce animal and human behaviours, including perception, motor control, learning and reasoning. Researchers use it to understand normal brain function, neural disorders, the effects of drugs on behaviour, and to build smarter artificial agents, which will be used to power more capable robots.

View “PART I: Innovation starts with an idea”
View “PART III: And powerful discoveries”
Return to the whole collection of “Innovation: a desire to make things better”

article
PART X: From the outer reaches of our universe
Peering into the distant cosmos to answer questions about the origins of galaxies, stars and planets. University of British Columbia.

article
PART III: And powerful discoveries
Igniting a worldwide buzz by detecting vast amounts of water in the deepest part of the Earth’s interior. University of Alberta.