Making movies of matter as it changes, with the Advanced Laser Light Source

The Advanced Laser Light Source (ALLS) at the Institut national de la recherche scientifique (INRS) hosts Canada’s most powerful laser. It lets researchers peer deep inside the matter of living and non-living things even as it moves and changes, giving them high-resolution images of how individual atoms and electrons behave.

Using wavelengths across the full range of the electromagnetic spectrum as well as high-energy electrons and particles, the ALLS lasers allow researchers to make a whole host of different types of observations.

For example, researchers are currently using X-rays generated by the laser to track how plant roots grow underground. Understanding how roots change in response to climate change, disease and insect infestations will guide the development of more resilient crops. 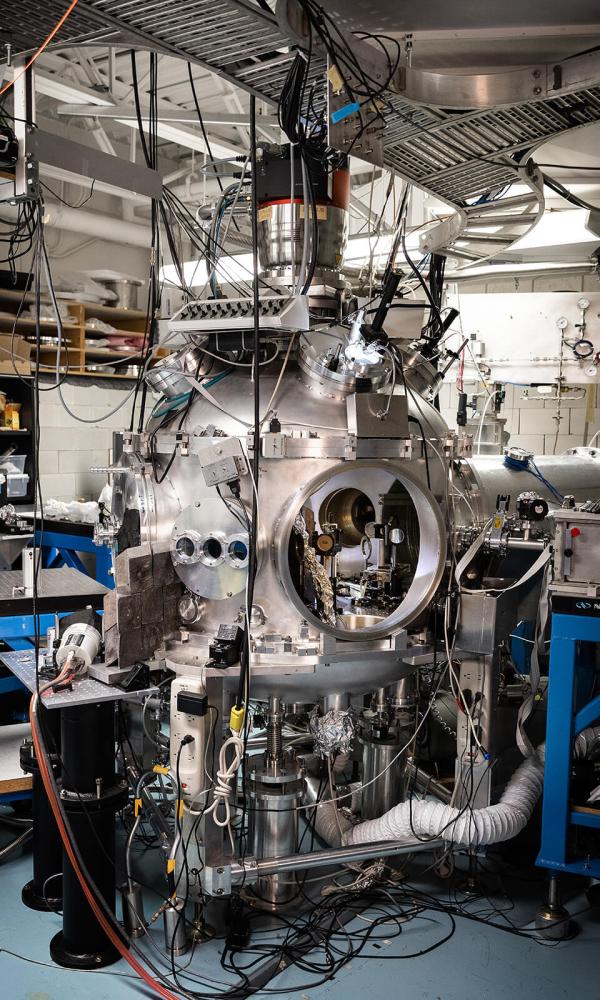 Other applications of ALLS include understanding how alloys react under stress, biomedical research imaging and the development of light-based quantum information devices.

While the world's combined electrical power production is around 10 terawatts (a terawatt is one trillion watts), ALLS can deliver laser power in short pulses of extremely concentrated energy — up to 750 terawatts. This is possible because the laser’s energy pulses last just tens of femtoseconds (one femtosecond = 0.000,000,000,000,001 second).

Using these short, concentrated bursts of high-energy light, researchers can produce images with even greater spatial resolution than they can with other research tools like synchrotrons. They can also use the fast flashes to create stop-action images to see how particles move over time.

Watch: The Molecular Road Movie takes you on a journey to understand the real time imaging of molecular fragments done at ALL