From the complex effects of weather patterns in outer space to the unexplored depths of the ocean to some of our most pressing issues in human health and all the atoms and electrons in between, the nine world-class facilities receiving funding from the Canada Foundation for Innovation’s (CFI) Major Science Initiatives 2014 special competition are enabling Canadian and international researchers from multiple institutions and disciplines to explore the world in unprecedented detail.

Each of these facilities represents a valuable collective resource for researchers from coast to coast. They are, by definition, unique — their capabilities are not found anywhere else in the country. By their nature, all of these major research initiatives are nodes of highly collaborative communities of researchers who work together to ensure Canada remains a world leader in research and innovation.

Here is a summary of what they do: 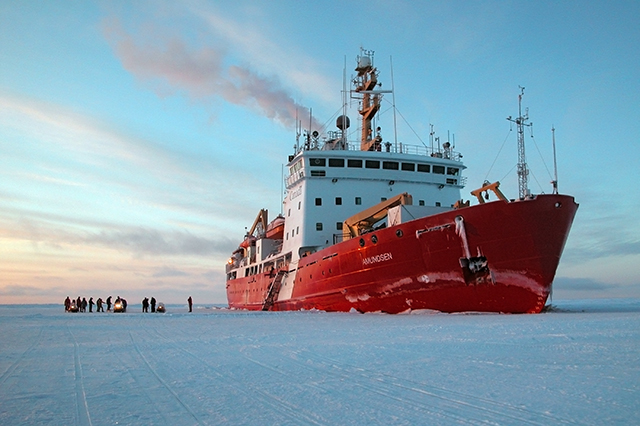 The Canadian Research Icebreaker Amundsen is a 100-metre long, 6,500-tonne research ship that supports major national and international, multidisciplinary scientific missions in Canada's Far North. Amundsen’s 63 state-of-the-art research tools include a moon pool, which allows researchers to lower research probes into the ocean through the hull when the ship is locked in ice; a dynamic positioning system to maintain the ship over a precise location of the seafloor;  an array of sophisticated research sonars to map currents, the ocean bottom, surface geology, fish schools and zooplankton abundance; an ultra-clean laboratory to study trace metals and contaminants; and medical research facilities to assess the health of Inuit. “All of this makes the Amundsen a formidable tool to study the rapidly changing Arctic Ocean and its Inuit communities,” says Louis Fortier, professor of biology at Université Laval and Amundsen’s Scientific Leader.

Érudit provides crucial support to the global academic community by offering access to French and Canadian peer-reviewed journals in the humanities and social sciences.

With 21 million views and downloads in 2014 alone, Érudit is responding to the academic community’s need for accessible fundamental research content and strengthening Canada's ability to participate in the evolution of social sciences, arts and literature.

“The use of Érudit by researchers and public institutions widens Canadian research perspectives and has a direct impact on public policy-making,” says Dominique Bérubé, Érudit President and Associate Vice-President Research of Université de Montréal. “By facilitating the access, usage and visibility of Canadian research here and abroad, Érudit is in a unique position to showcase Quebec and Canadian societies in the digital world.” 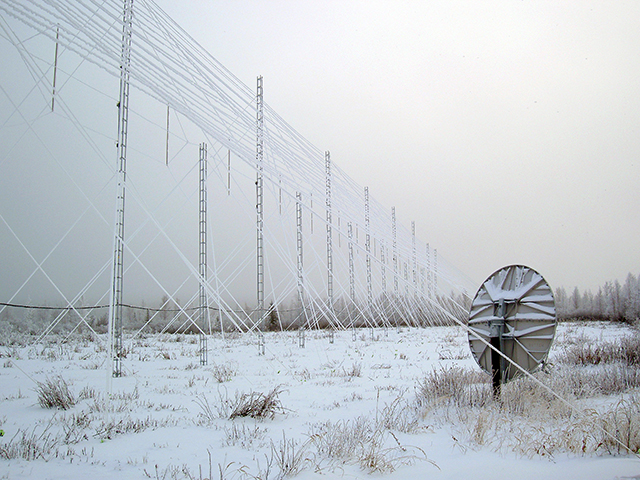 The Super Dual Auroral Radar Network (SuperDARN) is an international network of 10 countries and more than 30 radars worldwide that are used to explore the electrically charged region of the Earth’s upper atmosphere, the ionosphere.

It plays a vital role in helping us understand the interaction between solar wind, the Earth’s magnetic fields and the ionosphere and the potential impact on communications satellite operations, utility and power networks, and the accuracy of global air, land and marine navigation systems.

The University of Saskatchewan is the Canadian lead, overseeing five SuperDARN radars located in Saskatchewan, the Northwest Territories, British Columbia and Nunavut, which scan a five-million-square-kilometre area over northern Canada and beyond.

Canada has the largest landmass under the auroral oval, which is a ring around the geomagnetic North Pole where space weather effects — including the northern lights — are strong.  In addition, the country's widely dispersed population relies heavily on space technology — which is vulnerable to these effects —for communication and navigation. For these reasons, Canada has a particular interest in this international network. 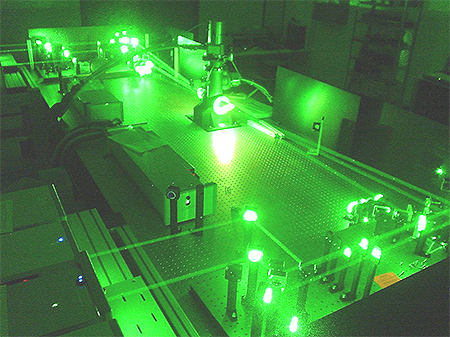 “Complex experiments can be conducted at ALLS that are not possible in any other Canadian laboratory,” says ALLS Director François Légaré. The high power femtosecond lasers allow researchers to create real-time, dynamic images to track the incredibly high-speed movements of atoms and electrons. “Think of your eyes, for example, which can track a man running but they cannot see the four legs of a horse leaving the ground when the horse is running,” says Légaré. “That requires a faster resolution.”

In addition to the fundamental science conducted at ALLS, there are potential valuable applications of the research ranging from high-resolution medical imaging to security, defense and telecommunications.

In 2003, geneticist Paul Hebert and his team at the University of Guelph proposed using short segments of DNA to quickly, cheaply and accurately identify all species of multicellular organisms — similar to the way a grocery store uses a barcode scanner.

The Biodiversity Institute of Ontario (BIO) opened in 2007, and today is leading the world in advancing knowledge of global biodiversity by coupling DNA barcoding technology with computational capacity. BIO oversees the Canadian Centre for DNA Barcoding which assembles DNA barcodes for specimens from around the world, and operates the Barcode of Life Datasystems (BOLD), the computer platform used by the international DNA barcode research community.

To date, the institute has assembled DNA barcodes for nearly a third of all known species and is using this information to curb marketplace fraud and to aid environmental protection.

Mount Sinai Hospital and The Hospital for Sick Children

Gene mutations often cause or contribute to disease, be they inherited (as in Cystic Fibrosis) or acquired during life (those causing most cancers). Mouse and human genes are very similar, so scientists at the Toronto Centre for Phenogenomics (TCP) create mutations in mice to explore how genes function and which mutations cause disease to help unravel the mysteries behind human diseases.

TCP is the largest facility in Canada uniquely designed to produce, manage, analyze and distribute mouse models of human disease for biomedical research that will help develop better and safer treatments. It is equipped to analyze mice with the same kind of tests used on humans, such as vision tests and medical imaging, and it provides services to companies that are developing new drugs. 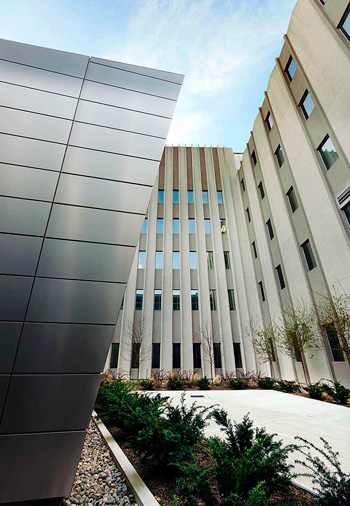 The Canadian Centre for Electron Microscopy

Researchers at the Canadian Centre for Electron Microscopy (CCEM) at McMaster University explore the world at the nano and atomic scale through advanced electron microscopes and sample preparation suites that are unique in Canada and among the best in the world.

CCEM’s most powerful microscope is the Titan 80-300 Cubed, which allows researchers to delve into the structure of materials at an unprecedentedly high resolution. McMaster was the first university in the world with such a high-calibre microscope.

The centre’s Scientific Director, Gianluigi Botton, likens the advances made possible by the Titan 80-300 to the breakthroughs realized by the Hubble Telescope. “The difference is that the Titan allows us to explore the atomic level of materials instead of stars and galaxies,” he says. This includes letting researchers easily identify atoms, measure their chemical state and even probe the electrons that bind them together.

Among the applications of the work conducted at CCEM, researchers have helped government regulators study materials related to the safe operation of nuclear power plants and contributed to the development of everything from lightweight alloys for cars and artificial bones to tuberculosis detectors and light emitting diodes for efficient, long- lasting light bulbs.

The NCIC Clinical Trials Group (NCIC CTG) is a national research program of the Canadian Cancer Society that brings together clinical investigators from Canadian hospitals, universities and cancer centres to conduct large, international clinical trials for new treatments for all types of cancer.

One of the components of NCIC CTG is the Central Operations and Statistics Office at Queen’s University, which provides information technology as well as expertise in regulatory, ethics, safety and on-site monitoring requirements to conduct clinical trials and research on biological specimens. Researchers at the facility analyze clinical, biological, economic and patient-reported outcomes of trials. It is the only Canadian facility with the expertise and infrastructure required to conduct this range of trials aimed at improving cancer patient survival and quality of life worldwide. Since its inception in 1980, this office has coordinated more than 77,000 patients in 471 trials, including 51,426 patients from Canada. 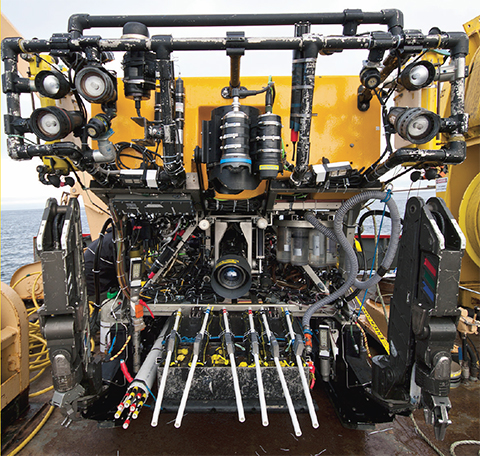 The Canadian Scientific Submersible Facility (CSSF) manages and operates the Remotely Operated Platform for Ocean Science (ROPOS), the world’s most capable scientific submersible, equipped with high-tech instrumentation for a range of ocean research.

“CSSF and the instruments it operates are transformative,” says Sally Leys, the Chair of CSSF’s User Committee and an Associate Professor and Canada Research Chair in Evolutionary Developmental Biology at the University of Alberta. “The submersibles can carry out video survey work for undersea volcanoes or lost helicopters; manipulate instruments with finger-like dexterity at great depths; lay massively heavy submarine cables; and operate safely in heaving seas.”

ROPOS has also helped uncover massive sulphide and gas hydrate deposits as potential energy sources, along with new species and distributions of corals and sponges. Its innovative cable-laying equipment, designed by CSSF engineers, has made Canada a global leader in the emerging field of cabled deep-sea observatories.

Seismic technology installed on the seabed by ROPOS can monitor and warn of earthquake activity using the Neptune Canada cabled observatory that spans the Juan de Fuca plate off the British Columbia coast.

This story was originally published in January 2015.