Cataloguing all the world’s living things, at the Centre for Biodiversity Genomics

The University of Guelph is building a powerful inventory of every species on Earth in an effort to monitor and conserve biodiversity in the face of crisis
August 19, 2022
By
Sharon Oosthoek
Institution(s)
University of Guelph
Province(s)
Ontario
Topic(s)
Nature
Ecology

The Centre for Biodiversity Genomics (CBG) at the University of Guelph is the global leader in DNA barcoding — a technique that allows researchers to identify species —from the tiniest pollen grains carried by bees to vulnerable birds and mammals — using a short section of DNA. Instead of sequencing a species’ entire genome, CBG researchers read a standardized DNA sequence to deliver fast, inexpensive, and accurate identifications. 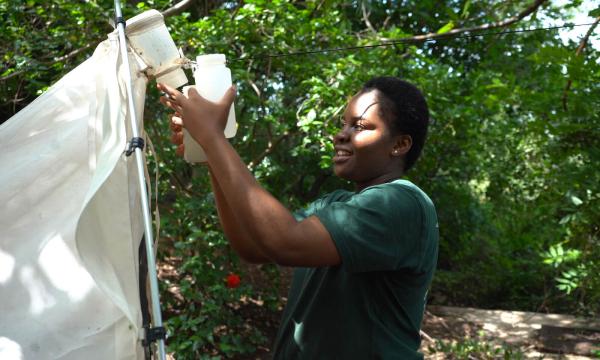 Knowing where each species lives is critical to monitoring and maintaining the Earth’s biodiversity. Many of the 10 million species of multicellular organisms that share our planet will be extinct before 2100 unless things change.

“People developed a weather network for the planet in the late 19th century,” says the centre’s director, Paul Hebert. “By the midst of this century, humanity will have launched a global bio-surveillance system and our research centre is playing a lead role.” 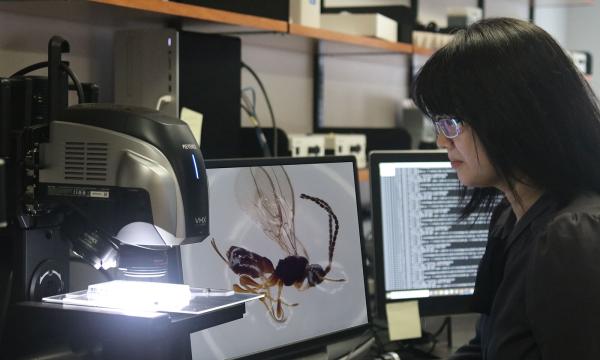 The CBG hosts three key resources: a collection of seven million physical specimens, an image library of these specimens, and the world's largest DNA archive for biodiversity.

It also provides sequencing support to hundreds of research teams from around the world each year and offers informatics platforms to curate DNA barcode data and to use them in environmental assessments.

For example, the Costa Rican government is currently working with the CBG to register all of its one million species to guide conservation work and the development of naturally derived medications