More than four million Canadians suffer from brain diseases such as dementia, Parkinson’s, stroke, Alzheimer’s, multiple sclerosis, and mental health disorders, and yet advances in treatment have been frustratingly slow. The problem, says University of Toronto immunologist Jen Gommerman, is that these are not just brain diseases. They are whole body diseases.

“It’s becoming clear that they have something in common and that is the immune system,” she says. “The immune system lives in all parts of the body and it’s educated by environmental factors — the gut microbiome and lifestyle for example.”

When something goes awry in our environment, the immune system reacts. This can have a dramatic impact on the brain. If we want to understand these effects and stop or reverse them, we need more of a landscape view, she says.

Brain diseases are usually studied using imaging to look at brain structure. But any technique in isolation provides only a snapshot of a neurological disorder and can even mislead.

“Let’s say you find cell X looks to be highly represented in diseased, but not healthy tissue. But do they have anything to do with disease?” she asks. “Maybe, maybe not. You need to look deeper into what’s there to see what’s driving the disease.” 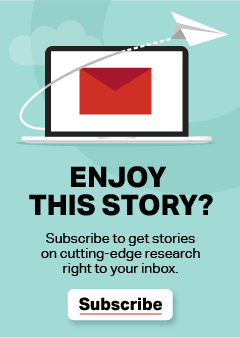 This is why Gommerman and her co-leader, Sunnybrook Health Sciences Centre biomedical imaging expert Kullervo Hynynen, are launching a project that will not only look at brain structure, but also the underlying cells, genes and proteins within those cells. This will let researchers better understand how the brain works with other systems in the body, such as the immune system, and how these interactions can become damaged.

The project’s new infrastructure includes a super-powered MRI — one of just three in Canada — that can reveal in high-resolution detail the damage wrought by various illnesses, says Hynynen. Unlike standard MRIs, it can pick up tiny tumours and the beginnings of Alzheimer’s brain cell plaques. It also gives a very detailed image of the brain’s fiber networks, presenting surgeons with more precise targets than ever before.

“For example, you can do very, very precise brain surgery non-invasively, in specific locations, with ultrasound to alleviate tremors,” says Hynynen.

The team’s new infrastructure also includes a single cell RNA sequencer for looking at the types of genes that neurons and immune cells in the brain express.

And that could have equally dramatic implications: “If we can find what cells are expressing, these are potentially druggable targets,” says Gommerman.

Return to the collection