Research is built by my Indigenous community

Research is built by my Indigenous community

Sheyenne Spence (left) is Métis and was a research assistant at the Indigenous Health Law Centre at Brandon University in Brandon, Man. The Centre gathers traditional healing knowledge to inform better health policy for and with Indigenous Peoples in Canada. Grace Godmaire is an honourary Elder within the Brandon community and with the Ojibwa/Cree Nation. 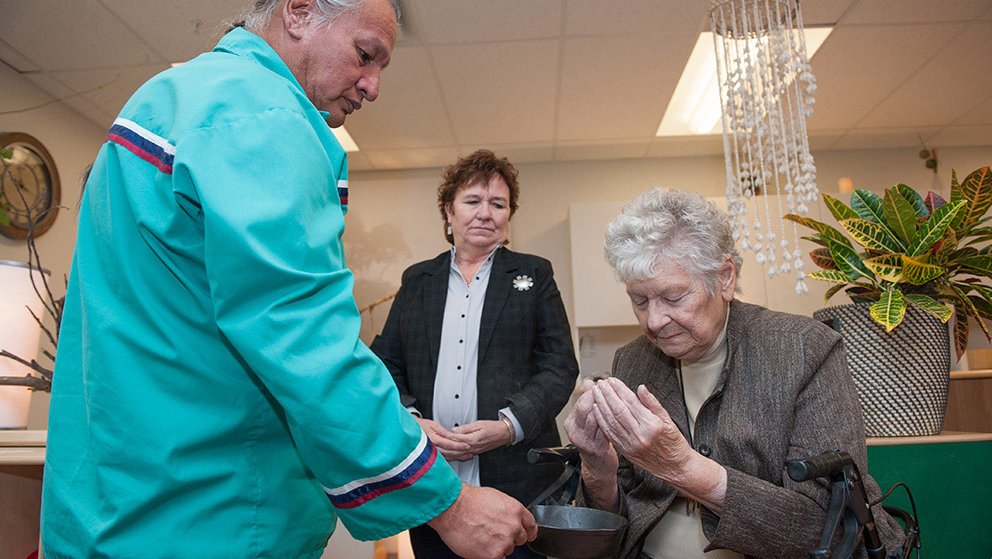 Frank Tacan, an Elder from the Sioux Valley Dakota Nation serves Elder Godmaire in a smudging ceremony at the Brandon Friendship Centre, where he has worked as a cultural worker for nearly a decade.  The Friendship Centre is a community centre that serves as a bridge between urban and non-urban cultures particularly for Indigenous People.  Brandon is a flourishing city in southwestern Manitoba, whose population of 45,000 includes about 5,000 First Nation, Métis and Inuit people. Many are drawn by economic reasons from the rural Sioux Valley Dakota Reserve just west of the city. In back is Yvonne Boyer, a Saskatchewan-born Métis who is founder of the Indigenous Health Law Centre and a frequently sought-after academic and practitioner in Indigenous health and the law. 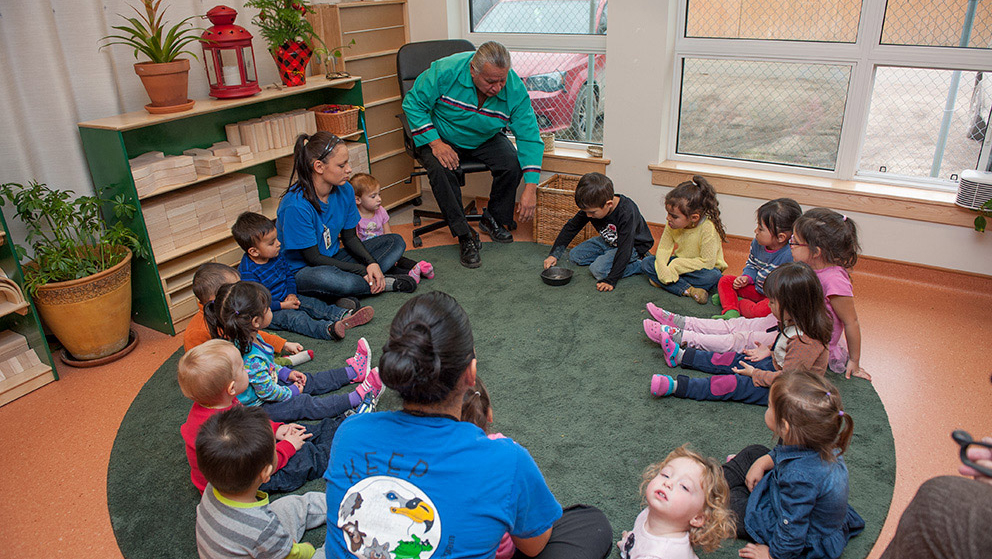 Elder Tacan leads a circle of children in the smudging ceremony, which is a purification tradition. A bundle of a sacred plants— sage in this case — is lit and the smoke wafted ceremoniously over the body as a means of casting off negative energy and inviting peace, harmony and ease. “It helps us mentally, physically, emotionally and spiritually — the four things we need to survive,” says Elder Tacan. “Too often, spirituality is missing.” 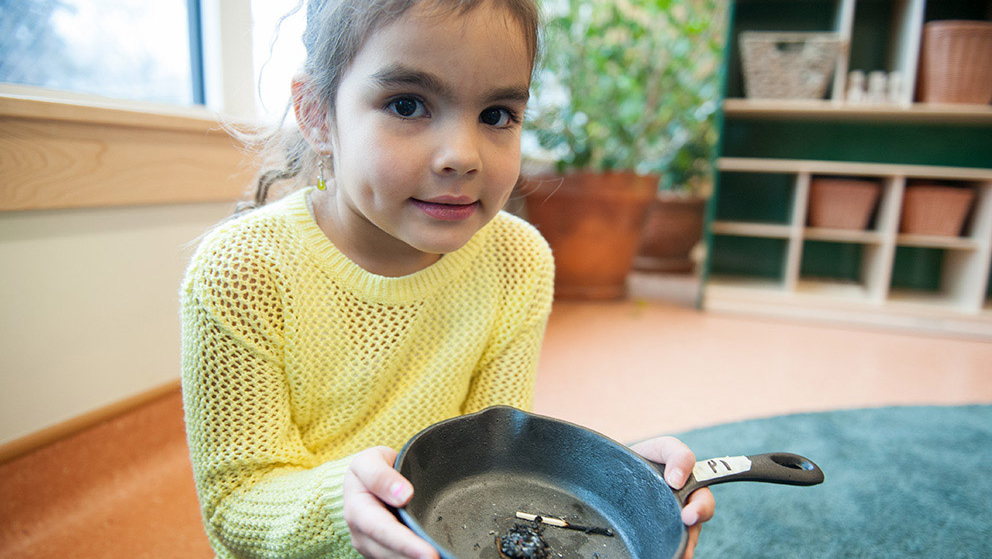 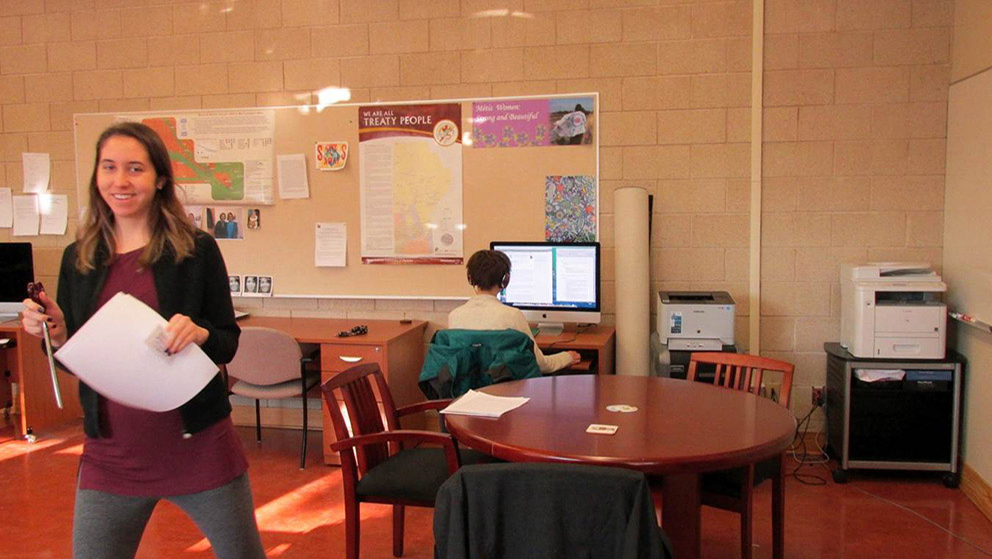 Things are busy back at the Indigenous Health Law Centre at Brandon University. The centre was established by Boyer in 2014, with the university providing space and the Canada Foundation for Innovation supplying computers, desks, cabinets and other office equipment as well as a comfortably furnished living room.  Community Elders come here to share stories of health practices they witnessed as children or heard in their oral traditions from their grandparents or Elders. This information may be used to influence legal and political frameworks at both the federal and provincial level to incorporate traditional healing knowledge. It’s an important missing piece since Canada’s health policy and laws have historically favoured western medical practices. 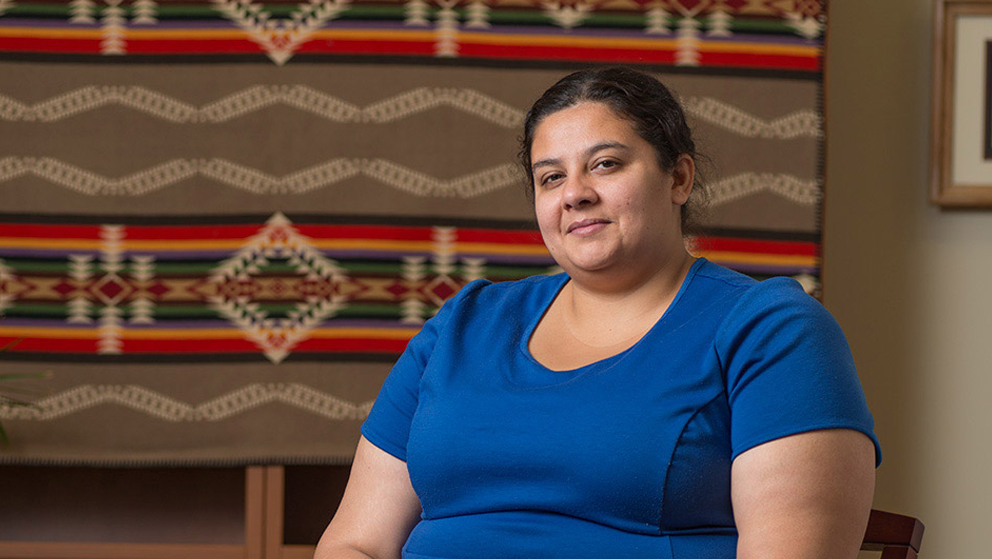 During her time as research assistant at the Indigenous Health Law Centre, Spence worked both in her Brandon University office and occasionally in various communities around Manitoba. She graduated from Brandon University in spring 2016 with a major in sociology and a minor in Native studies and is now studying law at the University of Victoria.