Our ability to pursue scientific excellence and attract outstanding faculty, to educate the next generation of researchers and highly skilled professionals who will innovate and develop industry and employment in all sectors of the economy, requires the spaces and equipment the CFI provides. The CFI has played a transformative role in terms of research and innovation in Canada. As we look at the challenges that lie ahead, the CFI’s investments will be more important than ever.
Dr. Mona Nemer, Chief Science Advisor of Canada 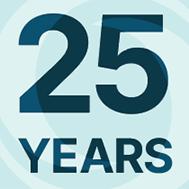 Since 1997, the CFI has committed more than $9 billion in support of 11,989 infrastructure projects at 170 research institutions in 80 municipalities across Canada. These investments have helped attract and retain talented researchers from around the world by providing the state-of-the-art tools they need to think big, which in turn helps create high-quality jobs across the country.

In November 2021, the Canada Foundation for Innovation (CFI) launched its celebrations to mark 25 years of investing in transformative research across the country. Among the activities that marked the CFI’s 25th anniversary:

To kick-off its 25th anniversary, the CFI has launched a refreshed brand and website, Innovation.ca.

The CFI also rebranded its Research Facilities Navigator, injecting new energy into what has become Canada’s most comprehensive online resource of publicly funded facilities interested in collaborating with industry, government and academic partners.

Traditional Knowledge as a powerful driver of research

Our annual public meeting brought together a keynote panel that highlighted the contribution that Indigenous ways of thinking can provide to studying areas such as health and climate change. Moderated by the Right Honourable Paul Martin, Canada’s 21st Prime Minister, the panel included Tania Willard, Secwépemc Nation and Assistant Professor in Visual Arts at the University of British Columbia Okanagan and Chantelle Richmond, Biigtigong Nishnaabeg and Associate Professor of Geography and Environment at Western University.

Acknowledgement in the House of Commons

In February, the Honourable Kirsty Duncan (Member of Parliament for Etobicoke North, Ont.) read a statement in the House of Commons that marked 25 years since the CFI was created through the adoption of Budget 1997. CFI investments over the years “have led to breakthroughs in such areas as health, AI, quantum computing and the environment,” said Duncan. “Here’s to the next 25 years of supporting discovery, exploration and innovation.”

A promising future, now: 25 years of investing in ideas that change our world

The Canada Foundation for Innovation has supported cutting-edge research in Canada for 25 years. In these videos, researchers reflect on how CFI funding has advanced their work and how future generations will benefit. They tell passionate stories of curiosity, commitment and innovation.
Maria DeRosa, Carleton University
Hi, I'm Maria DeRosa, professor of chemistry at Carleton University.

We're here in my CFI funded facility, known as the LADDER. The Laboratory for Aptamer Development and Discovery of Emerging Research.

In behind us is our DNA synthesizer, one of the big pieces of equipment that we bought with CFI funding over 15 years ago, and that DNA synthesizer has underpinned all of our research for the last 15 years.

We've had people from every continent barring Antarctica come to learn how to make a new type of DNA technology called Aptamers, using that very, very critical piece of instrumentation.

None of this research would have been possible if it weren't for the amazing investment from CFI into our research facility needs. We are so grateful for all the investments that CFI has made so that we were able to buy the state-of-the-art equipment that we needed to do our research. Thank you.

More videos you may enjoy

To help celebrate our 25th anniversary, The Globe and Mail and Le Droit produced features with stories from CFI-funded research institutions
View the Globe and Mail feature
View Le Droit feature (in French only)

Youth and research: a promising future

Young adults are navigating a rapidly changing world. The Canada Foundation for Innovation engages young people in research by asking “How can research forge the future you want?”
Explore this topic
link to homepage