PART IV: And a desire to make things better

PART IV: And a desire to make things better

Revolutionizing our relationship with clothing by embedding sensors in fabric for both fashion (it moves when you do!) and function (to alert the wearer of vital signs gone haywire). Concordia University.
By Sharon Oosthoek

“Smart garments” of the future will include hospital gowns that record vital signs, military clothing that harnesses a soldier’s body heat for energy, turning it into power to charge her equipment, or dresses that change colour and shape to impress party guests. The Karma Chameleon project at Concordia University’s XS Labs is developing new kinds of electronic fibres and investigating better methods to weave them into clothing. Interactive garments of the future, like the one shown here, will harness kinetic energy from the wearer’s body and use it to change colour and shape in response to movement. 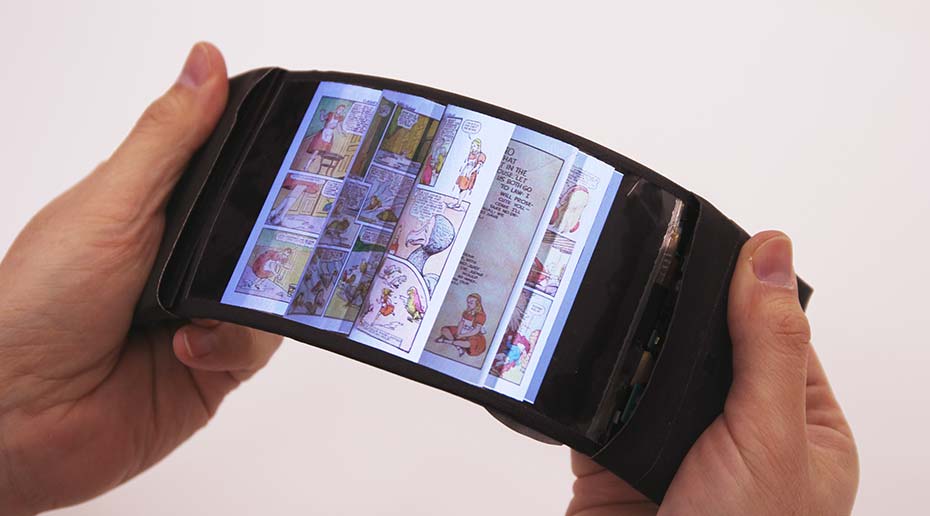 Profoundly transforming how we interact with technology. Queen’s University.

A flexible smartphone allows users to interact with their data by bending the display. One version of this phone uses embedded shape-memory alloy wires that contract, allowing the phone to morph its shape to give users visual and physical cues of incoming phone calls, text messages or emails. It was developed by researchers at Queen’s University’s Human Media Lab, which has been designing hardware and interaction techniques for curved displays since 2004. The lab’s other world-first inventions include an eye-tracking smartphone, a pseudo-holographic teleconferencing system, a paper computer, a holographic flexible smartphone and a handheld device with a fully cylindrical user interface that lets you walk all the way around it and still see an image. 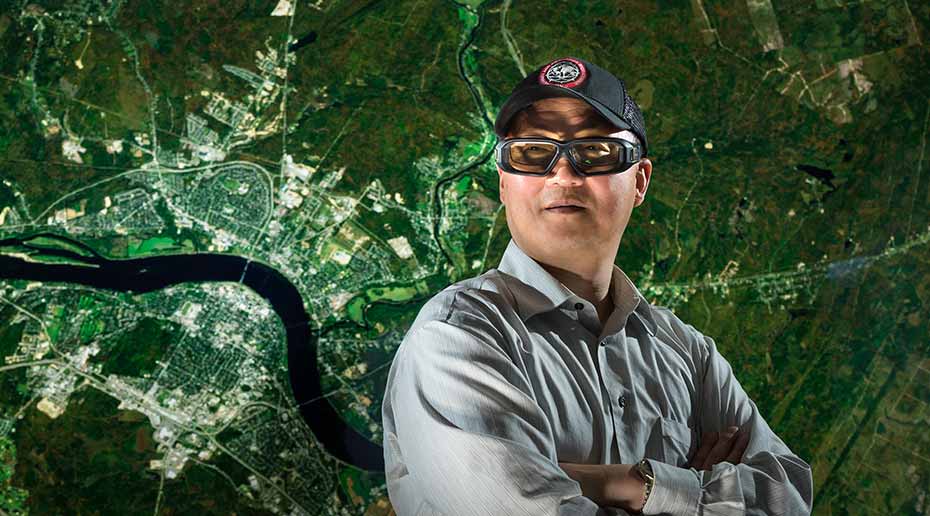 Travelling over ocean floors and mountain tops in virtual reality through 3D maps that give a true sense of depth and elevation. University of New Brunswick.

Imagine exploring ocean floors, soaring over mountains, and even through clouds online in 3D. This technology can make a world of difference to disaster relief missions, border patrols, road trip planning, or simply exploring the beauty of the Earth. The EarthView3D online mapping system, developed by Yun Zhang at the University of New Brunswick, gives users a way to explore the Earth using different 3D visualization devices, from red-cyan glasses — with one red and one cyan lens for seeing 3D effects — to virtual reality tools. Zooming in from global to regional to local views, users can even follow hiking trails as they climb hills and skirt lakes.

View “PART III: And powerful discoveries”
View “PART V: It is rooted in research”
Return to the whole collection of “Innovation: a desire to make things better”