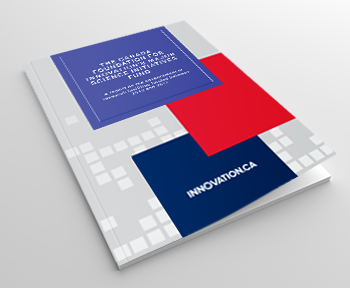 Today, the Canada Foundation for Innovation (CFI) released a report highlighting the progress 12 Canadian large-scale research facilities have made due to support through the Major Science Initiatives Fund. The CFI created the fund to help these state-of-the-art labs operate at their optimal level, and to fully exploit their scientific and technical capabilities. Support through the MSI Fund also allowed facilities to improve their long-term stability, as well as their governance and operations management.

Between 2012 and 2017, the CFI invested more than $210 million in these facilities, which range from the Canadian Cancer Trials Group, a collaborative network that runs productive clinical trials in cancer therapy, to Érudit, a database that provides access to more than 150 French-language scholarly and cultural journals.

Read: A report on the advancement of research facilities funded bet ween 2012 and 2017

The report shows that more than 46,000 users, including 11,000 highly-qualified personnel, benefitted from these facilities from 2012 to 2017. The facilities also reported more than 3,000 scientific contributions during this period.

“Achievements enabled through the Canada Foundation for Innovation’s Major Science Initiatives Fund offer great promise to the next generation of researchers and constitute the potential for scientific and technological discoveries as well as strong socioeconomic development for all Canadians,” says Roseann O’Reilly Runte, President and CEO for the CFI.

Additionally, The Super Dual Auroral Radar Network, a global network of scientific radars monitoring conditions in the near-Earth space environment, and headquartered at the University of Saskatchewan, enabled collaborations with ground- and space-based satellite missions led by the Canadian Space Agency, the European Space Agency and NASA.

The report provides a snapshot of investments made by the CFI and other research funding programs. It also uses evidence provided by each of the 12 facilities to determine where the MSI Fund had the most impact.