Two brothers stand to revolutionize laboratory extraction processes
By Carol Hilton
The notion that time is of the essence is particularly meaningful to Ameer and Ahmed Taha. The Toronto-based brothers have come up with a device that could revolutionize the time and money spent by the pharmaceutical, environmental and food industries on extracting samples from drugs, foods and contaminated soils.

Dubbed Certo-Ex, their simple concept streamlines sampling in these billion-dollar industries, bringing a process that can take 4 to 24 hours for a single sample down to a mere 30 minutes for multiple samples. The brothers have combined Ameer’s scientific expertise and Ahmed’s business savvy and also hope one day to broaden their work to include helping other young and promising inventors.

The Taha brothers’ scientific adventures go back to their childhood. Originally from Sudan, they moved around the Middle East when they were young. Their parents were patient and supportive, allowing Ameer and Ahmed the freedom to experiment with such projects as building a domestic robot to help around the house and constructing a small plane fuelled by gunpowder—which exploded just before takeoff.

“Back in the day, Ameer’s room was all chemicals. It looked like a chemistry lab,” says Ahmed, laughing. “I’d go in to try to steal ideas for businesses.”

As Ameer approached 18 and with a civil war raging in Sudan, the Tahas wanted to find a new home so their sons could avoid mandatory military service. They chose Canada for its educational opportunities and multiculturalism. Ameer, now 27, finished high school in Oakville, Ont. Ahmed, now 22, completed his schooling in Oakville and Dubai.

The Certo-Ex story began when Ameer was a master’s student in nutritional science at the University of Toronto, studying the effects on infant rats of vitamin supplementation in their mothers. With 300 samples of rat tissue to analyze using a time-consuming extraction process, Ameer found himself in the lab for days on end from 8 a.m. to 3 a.m. “That’s when I thought there had to be a better way,” says Ameer.

In 2004, he designed a device that could speed up sample extractions by revising the chemistry behind it and automating the process, but he hit a wall in how to develop it. That changed in 2006 when Ahmed, who is now doing his MBA at McMaster University, took an interest and formed a marketing plan for Ameer’s device. That year, they entered—and won—TiEQuest, a Toronto business venture competition. It was the first of many competitions that have netted the duo about $500,000 in cash and in-kind investments from research and development groups.

Part of their TiEQuest winning gave them access to networking with MaRS Discovery District, a Toronto-based, non-profit centre that brings together Canadian science, business and investment capital. Here they met the third member of their team, industrial designer and entrepreneur Lahav Gil, who has been designing and building technology products and medical devices for more than two decades with his company, Kangaroo Design and Product Development. Gil wanted to help the brothers because he liked them.

“They had a very innocent and authentic desire to commercialize their idea,” says Gil. “And that was quite inspiring.” 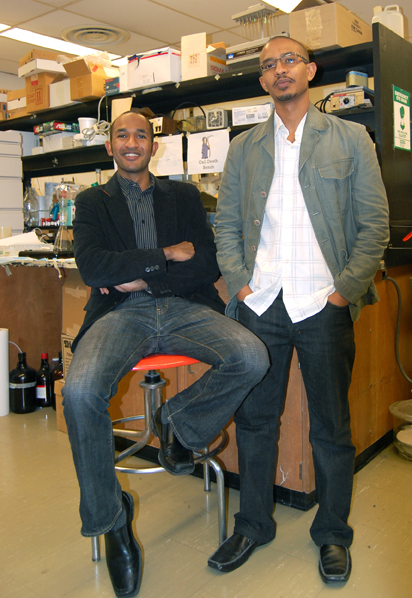 Ameer never doubted the potential of their product. Indeed, their company name, Certo Labs, derives from the Latin root for the word “certain.” “But the real validation is when someone like Lahav sees it, as well.”

The team received another boost in September when they won the Great Canadian Invention Competition, which included $10,000 in cash from the Bereskin & Parr intellectual property law firm, and $50,000 in engineering services and a $10,000 feasibility study from Nytric, the Mississauga, Ont., venture technology company that created the competition.

They expect to have a functional prototype of the Certo-Ex in 2009, and after further testing and validation, they plan to license it to a manufacturer in 2010. Ameer, who is now a PhD student in pharmacology at the University of Toronto, and still using the old protocol for sampling, says he’ll be the first customer.

While the brothers have other projects in mind, they also want to use their experiences to help other young people get their great ideas off the ground.

“Canadians need to be more willing to take risks,” says Ameer. “Hopefully, if we make it, we want to change that. At this point, investment usually comes at the last stage of development, when you have a product and you have a market ready. I think a real investor is someone who comes in right at the beginning. It’s the hardest investment, but probably the most worthy.”

Ahmed says many people have amazing ideas but they don’t know what to do with them—something the brothers had to figure out along the way. Now they’re in a position to help others get started.

“That should be our slogan: ‘We invest in people,’” quips Ahmed.

And, without missing a beat, the brothers trade hats as Ameer replies, “Quick, we’d better trademark that.”