The good news is that there are more than a million cancer survivors in Canada. The bad news is that they live with the long-term effects of treatment, including extreme fatigue, memory and attention problems, bone density loss, leading to fractures, and a sometimes debilitating anxiety over cancer’s potential return.

About the size of an Olympic swimming pool, the lab is located in the basement of Toronto General Hospital, part of the University Health Network. In June, it marks its one-year anniversary as a unique collaboration between cancer survivors and Canadian researchers to identify survivors’ needs and design studies that assess solutions.

ELLICSR was created in response to studies over the past two decades showing that for many patients, medical advances have allowed cancer to become less of a death sentence and more of a chronic illness that can be managed over the long term.

Survivors of colorectal cancer have many dietary restrictions, so they help develop and test recipes in the ELLICSR kitchen with culinary students from Toronto's George Brown College.
ELLICSR

“But nobody knows how to do this,” says ELLICSR’s director, Pamela Catton. “Nobody was really focusing on turning a cancer survivor from a dependent patient into an autonomous, independent person taking care of his or her own health.”

Catton, a radiation oncologist and medical director of the Breast Cancer Survivorship Program at Toronto’s Princess Margaret Hospital, says her lab is the only one of its kind. In the year since it opened its doors, roughly 1,000 survivors and 30 researchers from universities and hospitals across the country have teamed up to study how best to help survivors manage their own care.

With ELLICSR’s on-site kitchen and gym, as well as meeting rooms and lab-based IT servers, it’s now possible to run a suite of research programs under one roof and to communicate in person and online with cancer survivors across the country and around the world.

Jennifer Jones, ELLICSR’s associate director, points to a study in which prostate cancer survivors use the lab’s gym to learn various exercises designed to alleviate the bone loss and fatigue associated with chemotherapy. While the men exercise at home, they regularly return to the gym for “booster sessions” and to be assessed for bone density and energy levels. 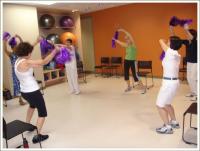 In the gym, survivors learn exercises designed to alleviate the side effects of chemotherapy, such as bone loss and fatigue.
ELLICSR

Another project takes advantage of the lab’s kitchen, where survivors of colorectal cancer develop and test recipes in collaboration with a culinary student at Toronto’s George Brown College.

“They have a lot of challenges around what they can eat,” says Jones. “They work with researchers and the chef to develop various recipes and are sent home with a package that has all the food and recipes. We get feedback from the survivors’ perspective and find out whether they actually change their eating behaviours.”

Recognizing that some side effects of cancer treatment are emotional, lab-affiliated health-care workers also organize survivor support groups. Firefighter Yves Boucher, who had surgery for a brain tumour three years ago, goes two to three times a week to a support group led by an oncologist who answers survivors’ questions.

“It builds a team,” says Boucher. “You meet other people and feel as if you’re not alone. It’s a big relief. The point is how to move beyond cancer. I’ve met some people who have had cancer since their childhood.” 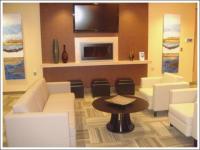 While it will be another year or so before most research projects yield measurable results, a program for husbands of breast cancer survivors has already seen some encouraging feedback. Over the course of five weeks, the men learn about active listening and other ways of supporting their wives.

In addition to creating a self-help community of cancer survivors, their family and friends, Catton hopes her lab’s work will ease the burden on a health-care system dealing with increased numbers of newly diagnosed cancer patients. She knows that Canada’s aging demographic means those numbers will only go up, and she wants to get ahead of the curve.

As she looks forward to ELLICSR’s second year, Catton expects to create new projects with international researchers eager to collaborate with her team. “When we go to international conferences, we are mobbed,” she says. “Whenever any of my team talks, everybody is so captivated by this idea.”

“Most of what we’re doing wouldn’t have happened if we didn’t have this CFI-funded infrastructure — if we didn’t have a kitchen, an exercise room and a large collaborative space,” says ELLICSR associate director Jennifer Jones. “And a big part of our infrastructure is having our own IT servers. It allows us to develop online intervention and programs for survivors so that people don’t necessarily have to come to the hospital.”