An academic and industry partnership transforms the treatment of stroke
By Laura Eggertson
Ask Gene Saragnese, Vice-President of GE Healthcare, to describe the importance of his collaboration with Canadian researcher Ting-Yim Lee and he’ll sum it up in one word: “breakthrough.”

Lee pioneered CT Perfusion—a type of diagnostic imaging that measures brain blood flow. Reading the imaging scans produced by CT Perfusion allows neuroradiologists and other physicians to tailor their treatment of stroke victims based on how much damage a stroke has caused to the brain. With this knowledge, physicians can see exactly what areas of the brain remain viable, and then administer medication that can relieve stroke symptoms.

Lee, a professor at The University of Western Ontario and a researcher at the Lawson Health Research Institute, the research arm of London Health Sciences Centre and St. Joseph's Health Care, and Robarts Research Institute in London, Ontario, developed the algorithms, the code, and ultimately the software that enables hospitals to perform perfusion scans using standard computed tomography (CT) imaging equipment. To date, about 3,500 hospitals around the world have bought licences to use Lee’s technology through the partnership with GE Healthcare, leading to a huge advance in stroke treatment.

“We’ve taken his work and incorporated it into our products and made them available to health care institutions around the world,” says Saragnese. In fact, the partnership between Lee’s research and GE Healthcare has been the key to making the research valuable beyond academia and applicable in hospitals. “We like to think that what we bring to the relationship is an outlet for the technology. You’re only relevant if you can get yourself into the industry and have an impact on the general population,” he says.

CT Perfusion, which has been a commercial success for GE, the university, and its affiliated research institutes is just one example from a group of spin-off companies and intellectual property applications that the university’s imaging specialists have created.

Under the leadership of Frank Prato, leader of the Lawson Health Research Institute’s imaging program, researchers have spun off four separate companies:

One of the major advantages of these companies, says Prato, is their ability to retain highly qualified people and to help bridge the gap between research grants and salaries for the experts who are now making London a world-renowned centre of excellence in imaging technologies and techniques. 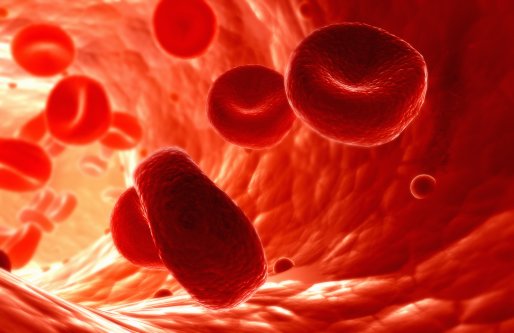 The ability of Ting-Yim Lee’s CT Perfusion technology to provide clear images of blood flow and blood volume in the human brain helped his lab convince GE Healthcare that their technology could be applied to new markets. The Wisconsin-based company has since set up a plant in London to manufacture small animal CT scanners. The high-tech facility employs more than 30 people. The location of the plant purposefully takes advantage of the research Lee and his colleagues are conducting.

What’s more, Lee’s relationship with GE was one of the important factors in determining the location of the plant. “The London plant wouldn’t have come about if we didn’t have this kind of track record,” says Lee. “We now have a very close working relationship with GE. Once you have established a track record, it becomes much easier to get further research projects from them.”

The CT Perfusion technology also generated another major benefit—more than $8 million in licensing fees for research at the university and its affiliated institutes. About $2.3 million of that money was used to purchase the first combination Positron Emission Tomography (PET) CT scanner in Canada, as well as new small animal imaging equipment to strengthen the Molecular Imaging Program at the Lawson Health Research Institute. “It’s paid for itself very quickly,” says Prato.

The health benefits of Lee’s technology are also far-reaching. Because strokes are caused by blood clots blocking blood vessels in the brain, the most common treatment today is to administer a drug called TPA (tissue plasminogen activator) to destroy the clot. For TPA to be effective, it has to be administered within a three to six-hour window after the onset of the stroke symptoms. But since strokes often strike during sleep, and many stroke victims are elderly, it’s hard for physicians to know when a stroke has occurred.

CT Perfusion software can tell a neuroradiologist or stroke neurologist which parts of a patient’s brain are still functioning, and whether it’s safe or worthwhile to give TPA to a patient.

In the medical devices industry, collaboration among engineers and clinicians or researchers is crucial. It’s particularly important in the field of imaging, which is technologically based but grounded in clinical research. Although engineers understand the technology they can apply to problem-solve, it’s the clinicians and researchers who first determine and tell the engineers what the problems are.

“The interaction between the engineers, who know what’s possible, and the clinicians, who know what’s needed, has resulted in every major breakthrough that I know of in imaging to date,” says Vice-President and General Manager of GE Healthcare, Gene Saragnese, who is based in Waukesha, Wisconsin. For example, Lee’s knowledge of the importance of blood flow measurement to help clinicians treat stroke patients was essential to helping him create software sensitive enough to provide clear images of the brain.