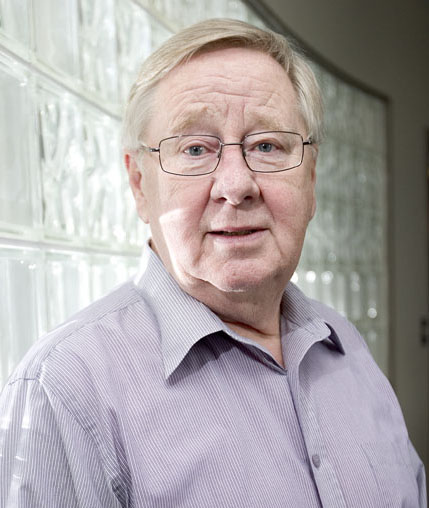 Holger Herwig is one of Canada’s foremost experts on military history and modern warfare. He is a Canada Research Chair in Military and Strategic Studies at the University of Calgary’s Centre for Military and Strategic Studies (CMSS) and has authored or co-authored more than a dozen military-related books. One of Dr. Herwig’s latest projects is War, Memory and Popular Culture, a collection of essays slated to be published in the spring. The book grew out of a conference hosted by Dr. Herwig and co-editor Michael Keren (a Canada Research Chair in Communication, Culture and Civil Society at the University of Calgary) two years ago. The conference featured international experts who described how wars are now commemorated through everything from battlefield tours to computer games and comic books. As Remembrance Day approached, InnovationCanada.ca spoke with Dr. Herwig about why we remember some wars—but might like to forget others.

InnovationCanada.ca (IC): What’s different about the way wars are being remembered today?

Holger Herwig (HH): It’s much more than the standard cemeteries and monuments. Different media are being used—film, poetry, architecture, even comic books. The Captain America series places its hero in pretty much every conflict since the Revolutionary War. There are computer games that showcase Canadian peacekeepers. There are also organized tours to famous battlefields. Canadian students are visiting Normandy and Vimy. Every year, tens of thousands of young Australians backpack to the Gallipoli Peninsula in Turkey, where so many Australian soldiers died during the First World War.

IC: Do you sense a resurgence of interest in military history?

HH: Yes. And it’s mostly by young people. World War II is now basically their grandparents’ memory, so they’ve heard very little about war from their parents. And in Canada, they have this image that we’ve always been peacekeepers—wearing blue helmets and never firing a shot. Our combat role in Afghanistan is helping change that image. But many young people are still really surprised to learn Canadians played a significant combat role in the Boer War, both world wars and the Korean conflict. They are amazed to learn that, coming out of World War II, Canada had the world’s third largest navy and was immediately tasked by NATO with patrolling the Atlantic against Soviet submarines.

IC: So there’s keen interest, but not a high level of knowledge?

HH: Unfortunately, no. Our high schools are failing to teach Canadian history—including our military history.

IC: Why is that so important?

HH: It can be argued that Canada came of age during the Battle of Vimy Ridge in April 1917. That’s when the Canadian Corps did what the British and French could not do. That’s when our troops became first-rate, front-line fighters commanded by Canadians—and not just cannon fodder for the British Empire. Our young people need to know that.

IC: Why are some wars commemorated and others—such as Canada’s involvement in the Korean conflict—largely forgotten?

HH: There are “good” wars and “bad” wars, though obviously not for the participants. Korea was a United Nations peace action that was never a declared war. One minute we were fighting the North Koreans, then the Chinese. At the end of the day, very little changed. People need to feel a war has made a difference and the end justifies the commitment and sacrifice. Korea did not.

IC: So what distinguishes a just war from an unjust one?

HH: A just war basically means you are fighting a visible and aggressive threat to your security and way of life. The people, the government and the military have to agree there is an identifiable threat worth waging war against.

IC: By that standard, how do the current wars in Iraq and Afghanistan measure up?

HH: Afghanistan is a legitimate war. This is where the terrorists came from, where they trained and where they remain. Iraq, on the other hand, is an unjust war. The UN and the American people were lied to; there were no weapons of mass destruction. That’s why this war is so divisive.

IC: So how will the Iraq war, and the people who fought it, be remembered?

HH: The people will be remembered. The Americans do a tremendous job of honoring the sacrifices of military personnel. But the war itself will go down as one of the bad ones, much like Vietnam.

IC: What’s the mandate of the CMSS and how do you see it evolving?

HH: Our mission is to help Canadians better understand the Canadian military and its role in history. One way we’re evolving is in our use of technology. With the help of funding from the Canada Foundation for Innovation, we’ve been able to put our students at the cutting edge of research by electronically linking them to the major defence and foreign affairs databases. It’s a far cry from when I did my dissertation on a typewriter, with glue and staples at the ready.

IC: Your career has taken some interesting twists, including a guest role with James Cameron, the famed director of Titanic. How did that come about?

HH: I was working on a book with David Bercuson, the director of CMSS, on the sinking of the World War II German battleship, the Bismarck. Somehow, Cameron, who is an avid diver, heard about our book and asked us to join an expedition to view the Bismarck’s wreckage for a television documentary.

HH: Cameron is an utter workaholic. He was wonderful to David and I, probably because we are two old historians. I’ll tell you, to be out there in two submarines making a total of six dives—4,850 meters down to the bottom of the Atlantic—and to bring back all that film footage of the wreckage and interpret it was the experience of a lifetime.

For more on the history of the Bismark, look for the Discovery Channel documentary, James Cameron’s Expedition: Bismarck.

And find out what you can do on November 11 to honour the men and women who have served our country from Veterans Affairs Canada.