The human pursuit of the unknown

The human pursuit of the unknown 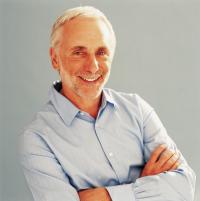 You’d think that someone like me, who spends hours every week reading articles about science, would find the role of chairing the panel judging the entries in CFI’s Superstars of Innovation Writer’s Award somewhat underwhelming. Not true! It was tremendously rewarding, particularly because it made clear that science writing is alive and well in Canada. If you’re taken aback that I seem so pleasantly surprised, let me explain.

There is a variety of arguments put forward for increasing scientific literacy (or establishing a “science culture”) in this country, but the most-quoted is the idea that we need a better-informed electorate because so many political issues are scientific in nature.

This year’s winner of the Superstars of Innovation Writer’s Award seems to back up that argument. Brian Bergman’s article “Stem Cell Central,” an account of stem cell research in Canada, addressed what is surely one of the most controversial—and politically-sensitive—scientific issues facing voters today. Stem cells have enormous therapeutic potential, but from what source will they be harvested?

However it would be a mistake to applaud Bergman’s piece simply for addressing a subject that is politically important, because it does so much more. The article demonstrates how science works, how different approaches to mysteries can unexpectedly contribute to each other, and perhaps most important, how exciting the pursuit of a scientific question can be.

Science should yield benefits to the public—they are footing the bill after all—but to my mind the demand for results sometimes overshadows the thrill of the chase. Science is a pursuit of curiousity, high intrigue, frustration and sometimes, crushing disappointment. In other words, it is a human pursuit.

But more than that, it is the pursuit of the unknown. Scientists are fortunate in that they are participants in a collective effort to push back the boundaries of ignorance, and reveal, little by little, the natural world. Let me not paint too glorious a picture: that pursuit is dogged by funding shortfalls, wild goose chases, false starts, even politics. But still, after all that, it is an effort to reveal what has hitherto remained hidden.

I am confident that the public is, or can be, captured by this puzzle-solving, adventurous aspect of science, but I fear that sometimes their appetite for this kind of science is not well-served. Media outlets these days, both print and electronic, seem to be more interested—if not obsessed—by stories from the edges of science: technology of all kinds, the paranormal, the science of sports. I understand this approach: it builds on contexts the readers, viewers or listeners already bring to the story. But there is so much more to be told.

However, for science writers to be able to tackle the “adventure” of science, they must be given opportunities to do so. There is nothing like drawing attention to science writing by offering a high-profile prize. That is why the Superstars of Innovation Writer’s Award is so important. It puts science writing of all kinds on the map, it alerts the so-called gatekeepers of the media that this is a subject with intrinsic value, and it encourages the writers themselves.

I think that for too long science writing has been formulaic, explanations dressed in prose. This is understandable: if you’re writing about stem cells, as Brian Bergman did, you do have to ensure that your readers know what stem cells are. If you’re writing a short story instead, you’re not confined to the explanatory mode.

I see signs of science writing breaking out of this mold—as evidenced by this year’s submissions to the CFI, and I would argue that the Superstars of Innovation Writer’s Award has and will be instrumental in helping to diversify the craft.

The views and ideas expressed in this column do not necessarily reflect those of the Canada Foundation for Innovation or its Board Directors and Members.