Beating breast cancer is no small feat. At the Sunnybrook Health Sciences Centre, researchers collaborate to battle the disease
By Hannah Hoag
In the late 1960s, Kathy Pritchard was training in medicine at Queen’s University when she attended an autopsy that changed her life. The patient had been diagnosed with breast cancer 10 years earlier. Her treatments had pushed the disease into hiding for nine years, but it had reappeared suddenly and taken her life within months.

“I wondered what happened to these patients. Some go off and don’t have a recurrence, but it’s different for others. I wondered what controlled the recurrence and how you could influence that,” says Pritchard, head of Clinical Trials and Epidemiology at the Sunnybrook Health Sciences Centre .

Today, Pritchard is at the helm of a new Breast Cancer Research Centre at Sunnybrook. The multidisciplinary effort brings laboratory scientists and clinical trials experts closer to patients. By using sophisticated imaging techniques and genetic tests to detect breast cancer in high-risk groups, researchers are helping make surgeries and prognoses more accurate. “We hope to make care more seamless and to take research from a basic science to a clinical application,” says Pritchard.

Recently, Sunnybrook researcher Martin Yaffe found that digital mammography is better than conventional film mammography for detecting tumours in pre-menopausal women under 50, and those with dense breasts. Similarly, Don Plewes has been developing magnetic resonance (MR) imaging techniques to detect breast cancer in women who have inherited BRCA1 or BRCA2 gene mutations, which increase their risk of developing breast cancer. “They tend to have cancer at a very young age…and conventional screening approaches are not as effective,” says Plewes. Early results show that MR is about two times more sensitive at detecting tumours in these women than conventional mammography or ultrasound.

Imaging is also being used to improve the accuracy of breast cancer surgery. Surgeons face the challenge of removing enough tissue to remove the cancer, yet leaving enough to preserve the breast. Equipped with an experimental operating room, Yaffe, Plewes, and surgical oncologist Claire Holloway use imaging techniques to mark out the boundaries of the tumour to guide surgery. Holloway and Yaffe are also developing a 3D imaging technique that will help surgeons determine if they have removed all of the cancerous tissue.

As medicine moves into the genomics age, researchers are linking genetic makeup to the likelihood of recovery. Arun Seth, who heads Sunnybrook Research Institute’s Centre for Genomics, is using genetic makeup to understand whether a tumour will metastasize and which treatments it will respond to best. Prognosis is more accurate with the genetic test than using classical measures. “It is an advantage to the patient,” affirms Seth. 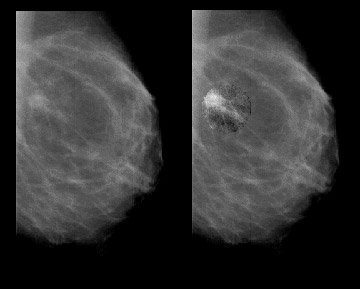 Even after successful treatment, many women suffer a second blow when breast cancer recurs. Its persistence is what first drew Pritchard to the field and has led her to take a leadership role in clinical trials that she hopes will eventually stop cancer. She recently co-led a trial of the drug letrozole and found that it reduced the risk of cancer recurrence by over 40 percent in postmenopausal women who had taken tamoxifen for five years. The new centre designates a space for clinical trials adjacent to the areas where doctors see their patients.

“Everything will be in proximity,” says Pritchard. “It will be one-stop shopping for a new patient.”

Breast cancer touches hundreds of thousands of lives every year. Although significant improvements have been made in detecting and treating the disease, there is still much ground to cover. With the establishment of the Breast Cancer Research Centre at Sunnybrook Health Sciences Centre, Canadian researchers will increase their contribution to the effort to improve women’s health. Early detection means early diagnosis and provides many women with the chance to live longer, less complicated lives. Digital mammography has made it possible to detect previously undetectable tumours. It is a key part of the oncologist’s toolbox and is now used in many countries. Digital images from other methods such as ultrasound and MRI may soon play a role in surgery as well. Their exquisite detail could be used to guide surgeons in real time, and make surgery more accurate and less invasive.

Painful side effects are one of the consequences of chemotherapy. While chemotherapy has a real impact on the disease and saves lives, it is more of a blunt object than a specialized tool. Scientists are developing drugs specific for certain tumour types—such as Herceptin for women who have an overactive version of the gene HER2—and reducing side effects in the process. Scientists at Sunnybrook Research Institute are also using DNA microarrays (tiny matrices that hold the human genome’s approximately 30,000 genes) to identify targets for tomorrow’s highly specialized drugs.

The research studies and clinical trials led by Sunnybrook scientists are true bench-to-bedside success stories that will improve the lives of women around the world.

Researchers at the Sunnybrook Breast Cancer Research Centre have successfully developed new tools to detect breast cancer and to become leaders in breast cancer clinical trials. Magnetic resonance (MR) work at Sunnybrook has led to the formation of a spin-off company, Sentinelle Medical, which will manufacture a patient table and other tools for breast MR imaging. The recently completed genomic core facility for breast cancer has allowed researchers to isolate and file patents on several genes that may lead to the development of targeted therapies.