Finger on the pulsars

Finger on the pulsars

At McGill University, astrophysicists are keeping close tabs on pulsars to help them understand the mysteries of the universe
By Laura Eggertson
In her lifelong search for the fundamental truths that guide our planet and the universe, Vicky Kaspi is taking a moment to ponder one particular question. How fast can a neutron star spin?

It’s not the type of question that most regular people ponder as they try to make sense of their lives and their place in the universe. But Kaspi isn’t a regular person.

Kaspi is an astrophysicist who has devoted much of her professional career to studying pulsars and neutrons as a way of making sense of the cosmos. “It’s so much easier to try to understand the universe than to understand how things work here on Earth,” laughs Kaspi, an Assistant Professor at Montreal’s McGill University, and a Canada Research Chair in Observational Astrophysics. “It’s a pleasure to know that there’s a whole universe out there that is predictable, quantifiable, and understandable. Once we’ve figured out how the universe works, we can apply that knowledge here on Earth.”

Kaspi is always in search of that elusive pulsar, which could lead to new knowledge about the nature of the ultra dense matter in a neutron star’s interior—or possibly more fundamental truths about the universe. Researchers believe there are 50,000 to 100,000 pulsars in the Milky Way galaxy that also contains Earth. Kaspi finds them using powerful telescopes. The telescopes record massive streams of digital data that measure the pulses that pulsars emit, either through x-ray emissions or radio signals.

Last summer, Kaspi’s postdoctoral fellow, Scott Ransom, discovered not just one pulsar, but a group of 20. Ransom, Kaspi, and graduate student Jason Hessels, found the pulsars in a globular cluster of stars called Terzan 5. “Sometimes, if you get lucky, you find one pulsar,” says Kaspi. “Here, there were 20. It’s spectacular. It’s the sort of thing that doesn’t happen every day.”

For most of us, the mathematical calculations, massive amounts of computing power, and the astronomical observations required to study pulsars would be daunting. Not for Kaspi and her students.

To locate the pulsars, the McGill researchers used the university’s Beowulf supercomputer to process and analyze the samples of digitally recorded data. Beowulf enabled them to work with the massive amounts of data involved in the task. “We could not have made those discoveries without CFI funding,” says Kaspi.

Now, Kaspi and her colleagues are exploring the question of how fast a neutron star can spin, to see if they can learn more about these stars. They have already found pulsars whose surfaces travel at 10 to 15 percent of the speed of light.

“Einstein told us nothing could travel faster than the speed of light,” Kaspi says. If the researchers do find a neutron star travelling that fast, Kaspi says the discovery would probably imply that neutron stars are smaller than 20 kilometres across—or else they would contradict Einstein’s theory of general relativity.

Unlike applied research that leads to tangible results—like the latest toaster or microwave oven—astronomy involves basic research with less obvious or foreseeable results. Quite often, the benefits to society occur “in serendipitous ways,” says Vicky Kaspi.

“Ten years ago, the research environment was not great in Canada. It would have been harder to come back,” she says. “But now, especially with the CFI and the Canada Research Chairs, there are a lot of resources being put into science. If there was ever a time to come back to Canada, it’s now.”

She cites the example of scientists who played with bits of magnetized rocks and magnets in the 1700s. At the time, they didn’t know they were discovering the fundamental laws of electromagnetism, which in turn led to electricity, radio waves, and eventually the ubiquitous cell phone. 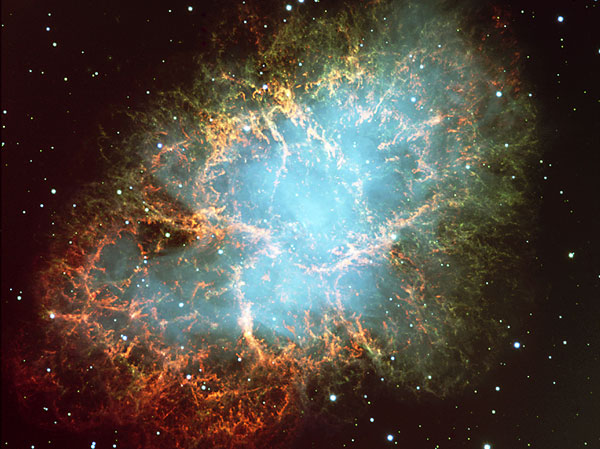 Although Kaspi can’t say for sure what will flow from her research, she already knows that astrophysics and astronomy capture the popular imagination. She says they serve as an excellent entrée to introduce both children and adults to science they can relate to and understand.

“Astronomy is a great hook to promote scientific literacy and to attract the next generation of scientists, who could eventually work on cancer research,” says Kaspi. “It’s universally cool.”

Her research on pulsars may ultimately prove to have an extremely practical application, as forays into space intensify. Some researchers have already patented pulsars as interstellar navigational beacons. Although no two pulsars have the same spin frequency, they pulse quite regularly. That’s why you can literally set your clock—or your satellite—by them. By monitoring their pulses to the millisecond, pulsars could rival the most accurate atomic clock.

For those looking beyond science fiction to science reality, it means the “Starship Enterprises” of the future may seek out their new worlds and new civilizations with the aid of pulsars to guide them. “Ultimately, this could have applications we can’t yet imagine,” says Kaspi.

The U.S. space agency NASA is among the research and exploration agencies interested in Vicky Kaspi’s work on pulsars and other neutron stars. Kaspi has collaborated with colleagues at NASA to produce papers documenting their observations of magnetars. Magnetars are a class of neutron stars with magnetic fields that are a thousand trillion times stronger than the magnetic field of Earth.

“There is a lot that’s not known about matter at the highest densities, and with the strongest magnetic fields,” says Jean Swank, a NASA project scientist of an x-ray satellite that Kaspi uses to monitor the pulse periods of pulsars. “I think of these neutron stars as the last stop before black holes.”

Researchers like Kaspi and Swank are generating new information about the properties of matter, and about other fundamental laws of the cosmos. Their work on neutron star pulses, the sudden changes in the spin rates of pulsars, and the observations the researchers make through x-rays and radio waves is producing information about the interiors of these unusual stars.

Neutron stars and pulsars are not just small details in the universe, Swank points out. “When these neutron stars merge with others in the center of our galaxy, they could produce a gamma ray burst that would greatly affect the galaxy.”

More than ever, Swank and Kaspi believe it’s important to try to understand our universe. “You can't understand the grand questions like ‘How did it begin?’ and ‘What’s going to happen?’ without knowing whether the details of the physical laws that you think apply, like general relativity, still hold,” says Swank. “So you have to check out the consequences.”

Find out more about pulsars and the Crab nebula.

In 1905, Albert Einstein wrote his legendary articles that provided the basis of three fundamental fields in physics. The 2005 World Year of Physics celebrates the 100th anniversary of Einstein’s writings.