Can the effects of pollution be passed on through genes? Biologist Chris Somers is finding out
By Shanan Sorochynski 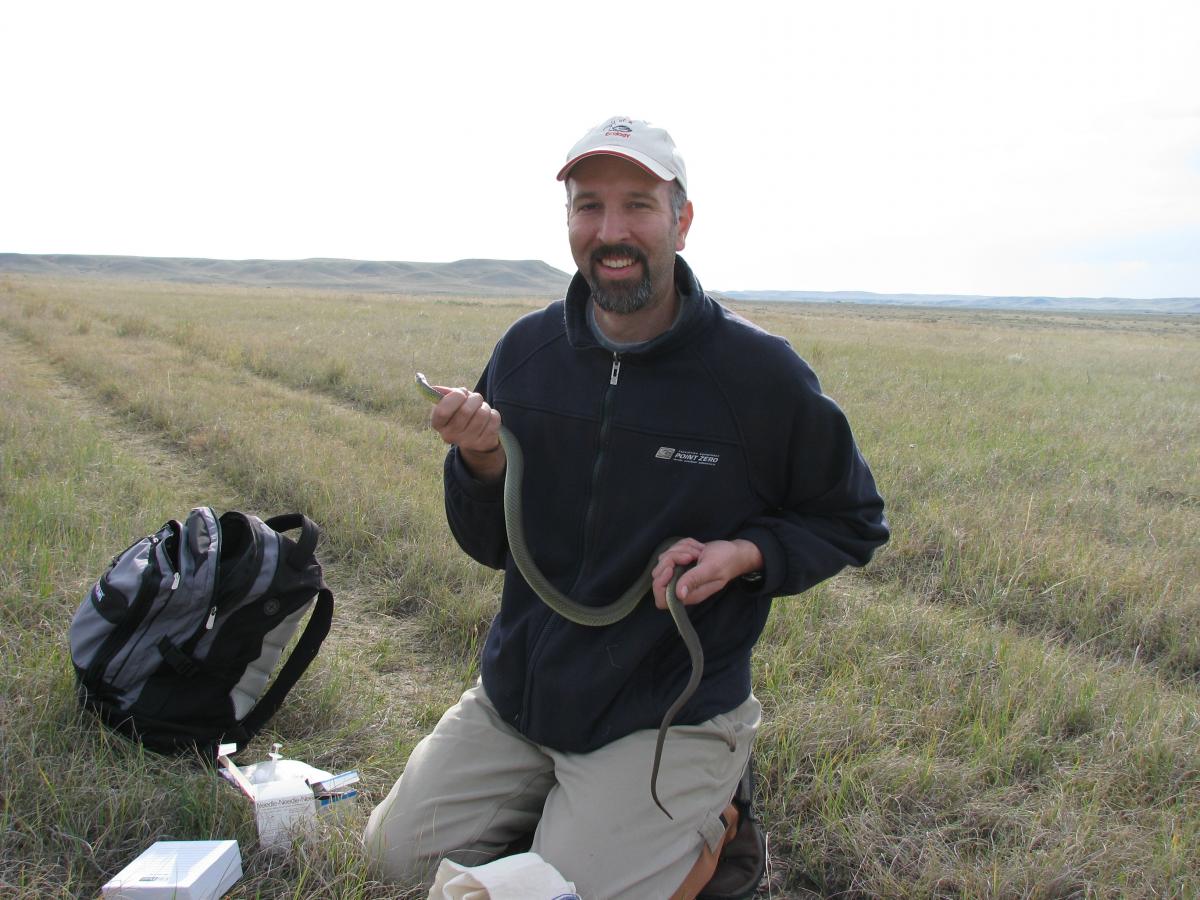 (Article courtesy of University of Regina)

University of Regina biologist Chris Somers is fascinated by how humans and wildlife interact and how animals respond to human-modified environments.

“My research often combines animal ecology in the field, environmental chemistry and genetics,” explains Somers, an assistant professor of biology and recently named Canada Research Chair in Genes and the Environment. “There is lots of information available about the kinds of environmental exposures that can cause genetic damage leading to cancer but very little regarding DNA damage leading to mutations in sperm and eggs.”

Mutated sperm or egg cells in animals and humans have the potential to contribute inherited genetic diseases or disorders to new generations and, in the worst case, may limit or eliminate very small populations.

Potentially, this type of mutation can affect any trait, says Somers, whose research program attempts to examine mutations that can be passed on from one generation to the next in animals such as birds, mice and earthworms and to relate this to environmental-pollution exposure.

Somers and his team are interested in how mutation rates are influenced by different types of environmental pollution, such as air pollution created by large manufacturers and motor-vehicle traffic and water pollution caused by the toxins released by certain types of algae.

“When we’re looking for inherited changes [in DNA caused by pollution], they can be anything,” says Somers. “Any part of the genome can be affected. So we focus in on particular pieces of DNA that we know are susceptible to mutation induction. These are what we call ‘hyper-mutatable,’ and the tools that currently exist for detecting this variability are somewhat imprecise. What I’m doing now is trying to develop new ones so that we have more precise measurements of mutation rates.”

Updating these tools would help scientists around the world measure and compare mutation rates. Currently, the techniques being used are too specialized to enable widespread application, and there are slight variations from lab to lab.

If the right set of genetic markers can be identified using these updated tools, certain environmental studies then become more feasible. For example, when scientists look for DNA changes in a mouse’s offspring, they also need the animal’s pedigree. They need to be able to compare its DNA to that of its parents.

“Imagine what it’s like to go out into the field and find many families of mice that you can’t track mutation rates in,” says Somers. “It’s just not possible. We can’t reliably identify or capture parents and offspring in species like mice. If we can get down to the right set of genetic markers, we can do something called single-molecule PCR. We can take a single sperm, basically put it in a tube and run a mutation assay on that one sperm. So now we don’t have to have complete families; adult males alone are enough. In addition, the assay is no longer limited by the number of offspring produced — combining the right genetic markers and single-molecule PCR give us millions of targets.”

Single-molecule PCR techniques are currently being used in studies of specific strains of lab mice, but the technology is not transferable to wild populations. Somers believes developing mutation-detection techniques for wild populations is critical — these are the animals that are exposed to real pollution.

Some of the mutation studies that examine environmental pollution and inherited DNA changes have been conducted with birds, because it is feasible to identify and capture complete families. The offspring are easily found in the nest, and the parents are often nearby. Updating the tools scientists use to conduct mutation studies may make it possible for them to, theoretically, work with any animal.

The research Somers does with animals is important not only to support wildlife conservation and habitat protection but also to better understand the risks to humans of possible genetic mutations.

“We talk about environmental legacy, how our actions right now will impact future generations,” says Somers. “Well, I can’t think of a more direct way than if pollution were to affect the DNA we pass on to those generations.”

“You could be exposed to something right now — it could be air pollution, pesticides or environmental radiation — and you could think that you are fine. But what if you passed on a piece of mutated DNA to your children, who weren’t even exposed? To me, that’s fascinating. That’s environmental legacy in a nutshell.”

Somers’ interest in wildlife stems mainly from his father, who took Chris and his sisters to catch frogs and snakes on camping trips. His realization, at age 10, of the ecological changes that pollution and overharvesting of fish stocks had wrought in the Great Lakes prompted his interest in his current research.

Now, he is digging deeper into this area with the help of the honours undergraduate and graduate students he supervises — one of his favourite aspects of being a university professor.