As a precocious youngster, Melissa Battler had a passion for digging up dirt. As an adult, she's turning that passion into an exciting research career
By Tim Lougheed
Melissa Battler has always liked playing in the dirt.

As a child, she followed her father around as he took pictures in some of North America’s most interesting natural settings. Along the way, she got her hands on every kind of earthly dirt imaginable. Now, as a graduate student, she’s reaching for the stars and starting to play with dirt from the moon. Her ultimate goal? To examine dirt from even more exotic locations, such as Mars.

That may sound like a tall order, but it came closer to reality last summer. That’s when Melissa helped investigators at the U.S. space agency NASA look at ways to determine if a scientific probe has found life in the rocks of another planet. The experience was out of this world. Having gotten a taste for what it’s like to carry out this work, she’s now donning a space suit to collect rock and soil samples in the desert of southern Utah—as part of a simulated Martian research station. 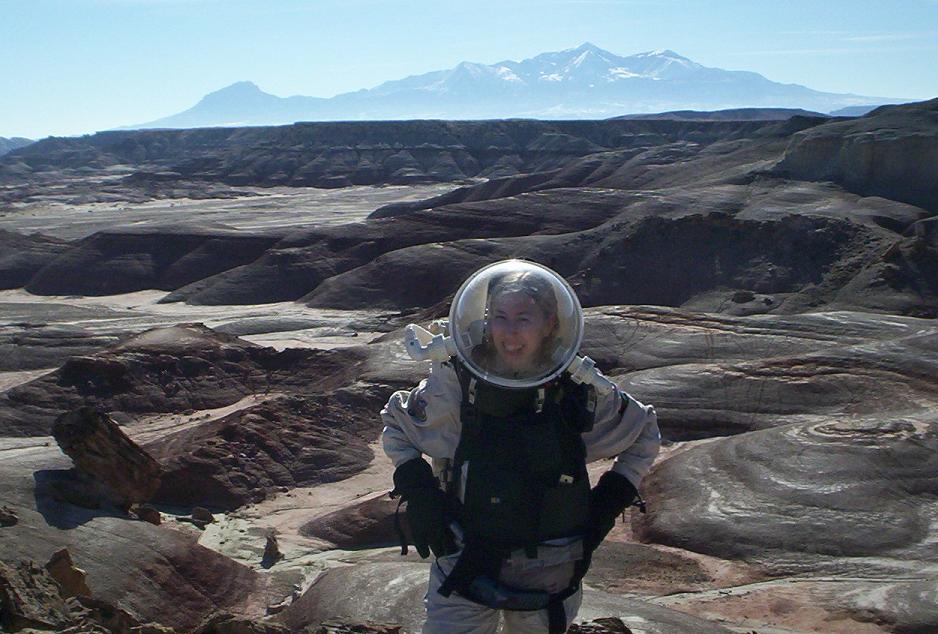 “I’ve been interested in space forever,” says Melissa, looking back on the journey she has taken during the course of her education at York University and the University of Waterloo. “As I was making all these different changes in my programs in my undergraduate career, it was always related to space. At one point, I realized I wanted to study the surfaces of other planets.”

For now, Melissa has been honing her skills by studying the surface of planet Earth. Her work in earth and atmospheric sciences at York University has led her to become a storm chaser, recently spending an entire summer following heavy weather throughout southern Ontario ’s notorious “tornado alley.” After switching to a combined biology and geology degree at the University of Waterloo, she spent two seasons as a field assistant at sites along the west coast of Newfoundland.

Melissa is currently pursuing her Master’s degree at the University of New Brunswick’s Planetary and Space Science Centre, where she was drawn by the country’s only planetary geology program. This field, which examines the formation and evolution of planets, has allowed her to work with lunar samples brought back by the Apollo astronauts. 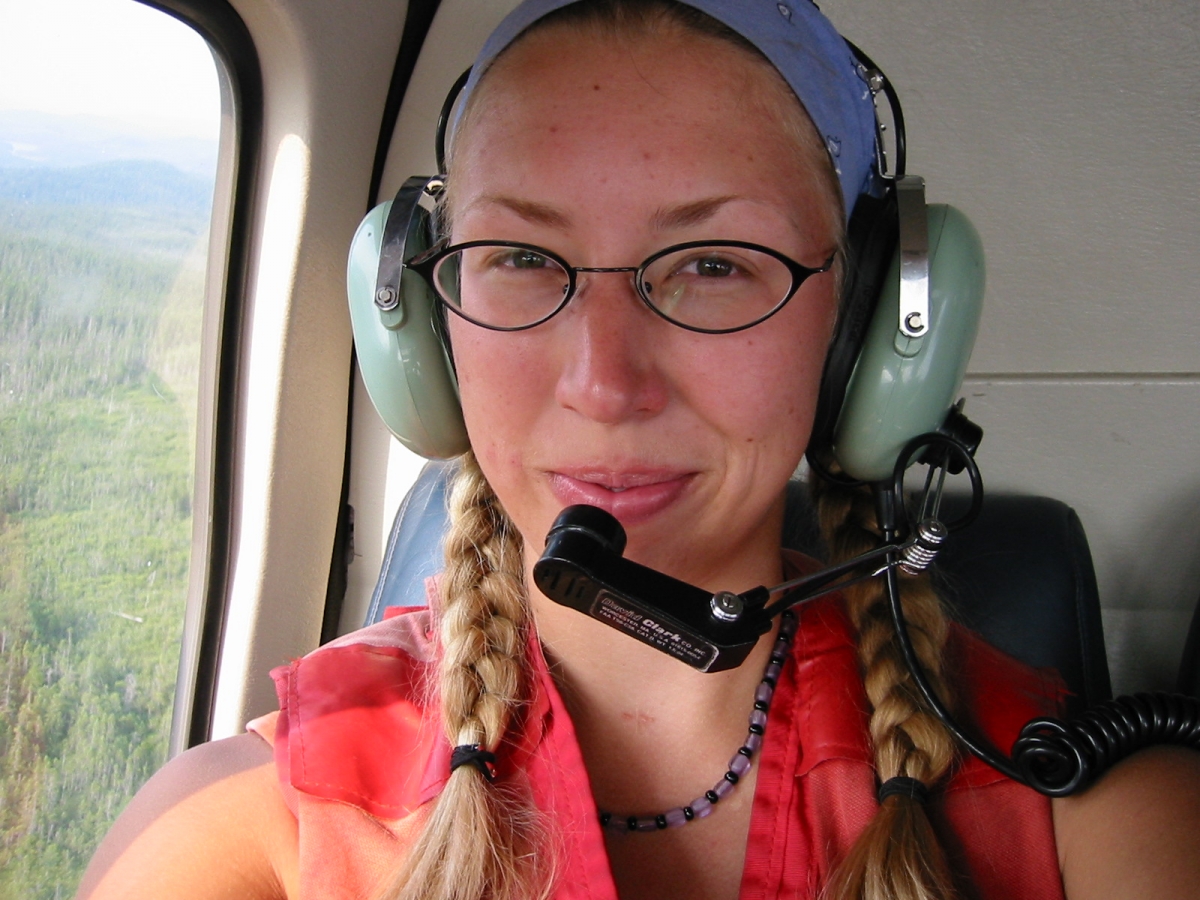 Melissa is participating in a project to assess the feasibility of using lunar soil to extract the components that future visitors to the moon could use for construction, fuel, or life support. The concept, which will be tested by a robotic mission that NASA is planning for 2008, draws on the excavation expertise of mining-technology researchers in Sudbury, Ontario. Melissa is helping them figure out what kind of digging the robot would have to do.

This is not Melissa’s first attempt to tackle the challenges of looking beneath another world. Last summer, the Canadian Space Agency awarded her a Space Exploration Scholarship, sponsoring her to spend 10 weeks at NASA’s Astrobiology Academy in California. Once there, she found herself working out the logistics of designing a drill for use on Mars. The drill would have to penetrate to depths where organisms might be able to withstand the planet’s inhospitable conditions. “If you’re looking for life on Mars, it’s not likely that you’re going to find it on the surface because of all the radiation and because water is unstable there.

The bigger question, Melissa emphasizes, is knowing how to recognize life in such a setting. On Earth, for example, oil drills run into patches of bacteria that thrive on methane found in hard rock. Similarly, hardy microbes can survive in the waters of Spain’s Rio Tinto River, which contains extremely high levels of acids and metals. Melissa’s project with NASA examined spectral and optical data describing a 160-metre rock core sampled directly beneath the Rio Tinto River. The project also examined how this information could be interpreted to indicate the potential presence of organic specimens. “No one’s ever done anything remotely like this before,” she says. “The project was perfect for me. It was exactly what I’m interested in.”

Melissa has done two rotations at the Mars Society of Canada’s research facility in Utah. That’s where scientists and engineers learn how they would conduct geology and biology on Mars. For Melissa, the experience has helped her discover what she really wants to do when she “grows up.” “I like exploration,” she says. “What I didn’t realize until I tried everything is that that’s what I wanted to do—to get out there in the field.”