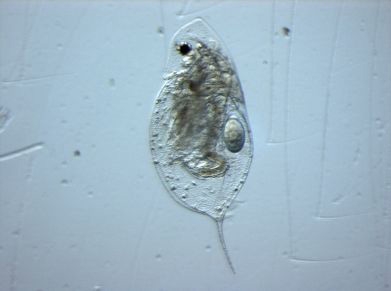 The water flea, Daphnia, is a key component of many aquatic foodwebs.

A new and insidious environmental threat has been detected in North American lakes by researchers from the Paleoecological Environmental Assessment and Research Laboratory (PEARL).

Working with scientists from York University and several Canadian government laboratories, the team has documented biological damage caused by declining levels of calcium in many temperate, soft-water lakes.

Queen’s PhD candidate Adam Jeziorski, lead author of the study, has coined the term “aquatic osteoporosis” to describe this phenomenon. Noting that calcium is an essential nutrient for many lake-dwelling organisms, he says, “Once calcium declines below a certain threshold, some keystone species can no longer reproduce. These species and other organisms that feed on them are endangered.”

The researchers examined a water flea, Daphnia, known to be a key component of many aquatic food webs. Having identified the calcium levels that would damage Daphnia in a laboratory setting, they worked with government scientists to assemble hundreds of “water quality time series” from across the province, explains Biology professor Norman Yan from York University, the Canadian research lead on the threat to aquatic life of calcium decline. “Our hope was to determine if damage was already occurring at key sites, and then see how common these conditions were across the province,” he says. 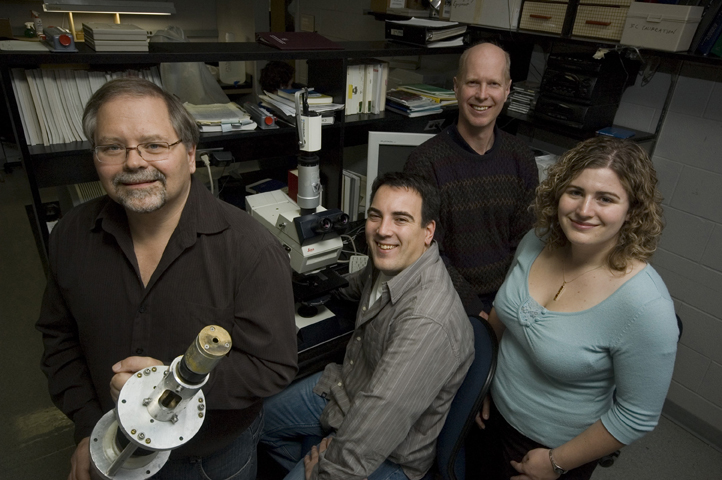 However, calcium decline occurred in many lakes before people knew about the problem and monitoring programs had been put in place. By studying tiny fossils and other indicators in sediment accumulated at the bottom of each lake, Biology professor John Smol, Canada Research Chair in Environmental Change, and his colleagues were able to reconstruct environmental trends over the past 200 years. The researchers found that key invertebrate species were disappearing in the lakes with declining calcium levels, often starting in the 1970s.

Linking the problem to the long-term effects of acid rain on forest soils, as well as to logging and forest re-growth, the researchers note that, despite signs of chemical recovery from recent reductions in sulfur dioxide emissions, lower calcium levels may delay the biological recovery of lakes from acidification. “This has important management implications,” says Queen’s adjunct professor Andrew Paterson, of the Ontario Ministry of the Environment. “It was a combination of experimental work, paleoecological research and long-term monitoring that helped to identify this emerging threat,” he adds.

The authors conclude that the phenomenon of calcium decline is causing widespread transformation of aquatic food webs in boreal lakes in North America, and in other acid-sensitive regions of the globe. While their work focuses on the water flea Daphnia, they note that all life in lakes requires calcium, and many creatures including crayfish, mollusks and fish have quite high calcium demands. They are all at risk, say the researchers, but we don’t yet know if calcium levels have fallen to the point of damage.

“This is all very worrisome,” says Smol “The good news is that we have found the ‘miner’s canary’ in the form of these water fleas that track the decline in calcium levels. The bad news is that many lakes have already passed these critical thresholds.”