The coolest class on Earth

The coolest class on Earth

Sitting aboard a ship bound for the Canadian Arctic in early August, 18-year-old Rohit Mehta was convinced he was going to spend the next two weeks of his life in a frozen wilderness. He was wrong.

“It totally blew me away,” says the Toronto high-school student of his experience travelling with Students on Ice, an organization that has been leading young people on expeditions to the Arctic and Antarctic since 1999. “When you witness its glaciers melting into rivers, study its many unique plants and animals or meet its Inuit communities, you realize that there is way more to the Arctic than just ice and snow.”

These were just some of the experiences that Mehta and 65 other young Arctic expeditioners from across Canada and around the world (including Afghanistan, Norway, Mexico, Russia, the United Kingdom, and the United States) had during this past summer’s trip, which focused on International Polar Year (2007-09). Students on Ice aims to raise awareness about global environmental issues, to encourage students to learn more about the Arctic, and become ambassadors, leaders and stewards for a sustainable future.

“We have to remember that our northern communities are the first people affected by our actions or inactions.”

Whether collecting rare plant specimens on field excursions, exploring sea ice in Zodiacs, or speaking with local Inuit about the threats of climate change on their way of life, students were given unique opportunities to learn about the delicate environmental balance in the Arctic. 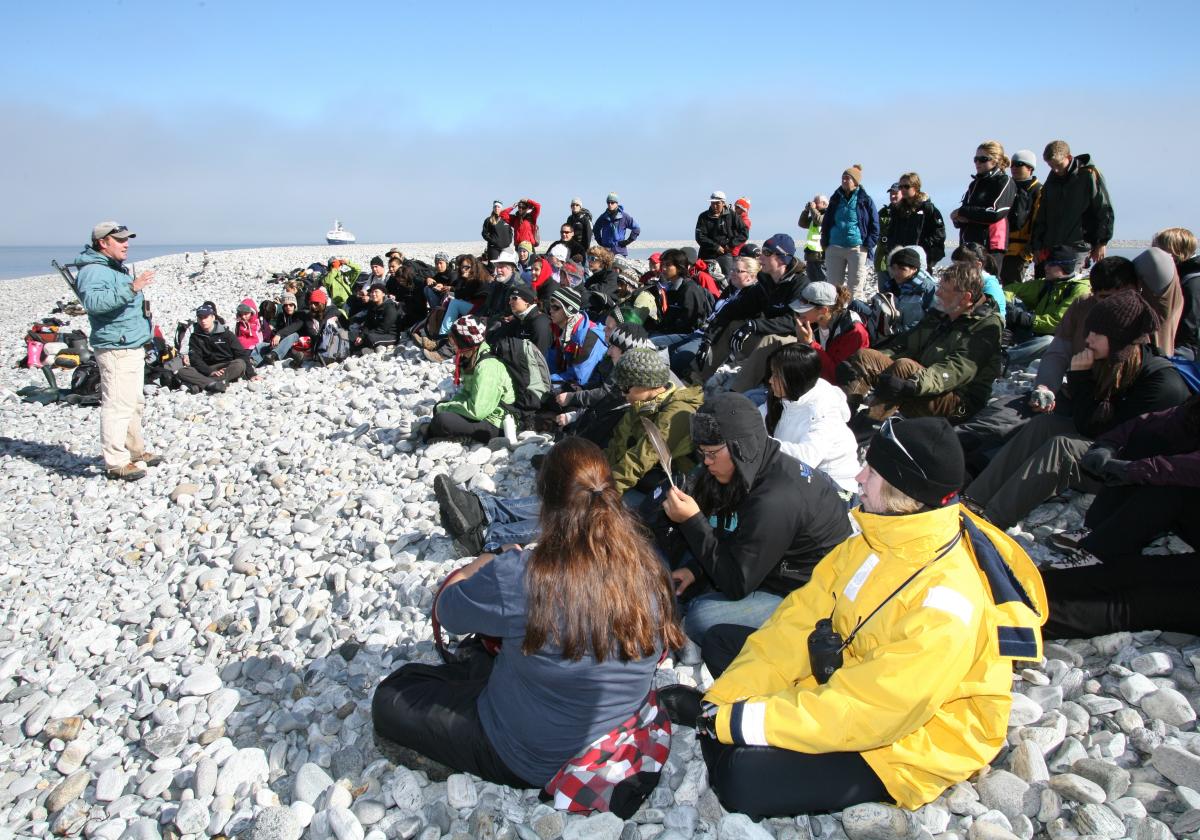 “I didn’t really make the connection before I went about how many of the communities up there live off the land, and how every small change really impacts them in a big way,” says Norwegian student Lena Silseth. “We have to remember that our northern communities are the first people affected by our actions or inactions.”

Delphine Remillard Labrosse, a fellow explorer from Montréal, says the Inuit have a vital role to play in Northern science. “It is so important that scientists continue to work with and learn from the people of our northern communities because they possess so much knowledge and are the first to see what is happening in the Arctic environment. It may not always be scientific knowledge that they share, but it can often inform our science.”

Witnessing the challenges of living off a drastically changing land helps students understand and appreciate the issues facing Arctic people, plants, and animals, according to Geoff Green, founder and executive director of Students on Ice. Having taken more than 1,000 high-school and university students on polar odysseys, Green believes the world’s two greatest wilderness zones can teach students so much about science, culture, and the environment.

“The polar regions are the greatest classrooms on Earth,” he says. “They inform, they inspire, and it gives me great hope when I see how the students get involved in youth-based environmental initiatives upon returning home.”

When they returned home in mid-August, the 2008 Students on Ice explorers shared their favourite experiences and lessons learned with friends, family and members of the press at an event in Ottawa hosted by the Canadian Museum of Nature.

“There are so many facets to the Students on Ice program and what it teaches you about climate change,” says New York City high-school student Ophelia Snyder. “It’s like trying to pick what side of a diamond you like better.” Snyder intends on honouring her experience by organizing conferences and workshops on environmental issues at home.

“I know I speak for all if us when I say that seeing is believing,” she says, “and believe me, the Arctic needs our help.”

Check out the Students on Ice 2008 expedition videos.

Fill out an application to take the journey as a student or chaperone.