Starting December 2, 2019, the Canada Foundation for Innovation (CFI) wants to hear how working in state-of-the-art facilities and with cutting-edge equipment has supported your research and allowed you to make a difference.

Show us how CFI-funded infrastructure has helped you and your research by tweeting an image or video of how you work with CFI-funded equipment or in a CFI-funded research space. Remember to follow and tag @InnovationCA, and include the hashtags #IAmInnovation and #Contest in your Twitter submission!

Have fun and get creative with your tweet and, in the process, help us tell all Canadians just how important it is to equip this country’s bright minds with the tools they need to think big and innovate! 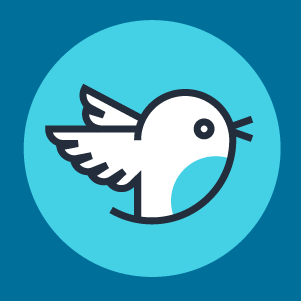 HELP US SPREAD THE WORD

Proof of enrolment may be required after submission and before awarding the winners. However, a request for proof of enrolment is not an indication of winning; it may be used to confirm a Contestant’s eligibility to take part in the contest.

To be eligible for the Contest, Contestants must tweet their Submission to the Sponsor, the Canada Foundation for Innovation (CFI), from their personal Twitter account, including the campaign hashtags #IAmInnovation and #Contest, and follow the CFI’s Twitter account (if they do not already do so) between December 2, 2019, at 12:00 a.m. (Eastern Daylight Time (EDT)) and January 31, 2020, at 11:59 p.m. (EDT). It is the sole responsibility of each Contestant to ensure all required materials are tweeted by the Closing Date.

To participate in the Contest, a Contestant must submit one original video, photo or image via their personal Twitter account to the Sponsor, accompanied by a caption of no more than 280 characters, featuring their research project or initiative supported by CFI-funded infrastructure or conducted in a CFI-funded facility at the institution at which the Contestant is enrolled full-time or part-time at the time of submission.

Video Submissions must be no longer than 140 seconds.

The Submission must comply with the Sponsor’s judging criteria.

The Submission must comply with Twitter’s official Contest rules and Terms of service.

A Submission must be respectful and courteous, and be in English, French or both.

A Submission can be edited for creativity and clarity but not in such a way that would grossly misrepresent the Submission. Acceptable editing includes cropping, flipping, rotating, tilting and zooming images and videos, shortening videos, adding music to videos and adding animation and/or text over images and videos.

Unacceptable editing includes changing an image or video’s colour, distorting the size of objects that appear in the images and videos, and any other edits that distort the meaning of the Submission.

One entry per Contestant is permitted.

The Submission must not infringe upon or violate any laws or any third party rights, including, but not limited to, copyright, patent, trademark, trade secret or other proprietary rights and must not constitute material that would be considered libelling, defamatory, a privacy violation, tortious or a contract breach.

The Contestant must obtain, and make available to the Sponsor upon the Sponsor’s request, all necessary permissions, licenses, clearances, releases, waivers of moral rights and other approvals from third parties (including but not limited to all copyright holders and all individuals appearing in the Submission) necessary to use the Submission, in whole or in part, in any way, including without limitation, to reproduce, make derivatives, edit, modify, translate, distribute, transmit, publish, license and broadcast the Submission worldwide, by any means.

In the event the Submission contains any reference to or likeness of any identifiable third parties, the Contestant must obtain, and make available to Sponsor upon Sponsor’s request, consent from all such individuals and their parent/guardian if they are under the age of majority in their jurisdiction of residence.

Contestants must grant the Sponsor, irrevocably and in perpetuity, the right to use the Submission, in whole or in part, in any way, including without limitation, to reproduce, make derivatives, edit, modify, translate, distribute, transmit, publish and broadcast the Submission worldwide (by any means) and to authorize others to carry out such acts as listed above in this section without compensation.

The Sponsor will not accept Submissions that are offensive to an individual or an organization, rude in tone or abusive. The Sponsor reserves the right to refuse, edit or remove any of the following:

The all-expenses paid round-trip is for each of the primary prize Winners only and not for additional guests. It is neither transferable to another person nor redeemable for cash. The mode of transportation for the trip will vary and depend upon each Winner’s place of residence. Winners will be responsible for their own travel insurance.

The Sponsor will be responsible for booking all travel and accommodation. The Winners reserve the right to use private accommodations instead of paid hotel accommodations while in Ottawa as per the Sponsor’s travel policy.

If any of the Winners refuse or are unable to, for whatever reason, participate in the Twitter takeover and/or attend the event in Ottawa, the Sponsor reserves the right to revoke their prizes and award a runner up.

The chances of winning a prize depend on the total number and quality of eligible Submissions received before the closing date of January 31, 2020, at 11:59 p.m. (EDT).

If the Sponsor, in its sole discretion, deems that an insufficient quantity of Submissions has been received, the Sponsors reserve the right to choose fewer than three Winners or not award any prizes and terminate the Contest.

In the event of a tiebreaker, an additional panel of new judges will be convened to make the final decision on the winning Submissions.

Videos cannot be longer than 140 seconds.

Submissions cannot be accompanied by a caption of more than 280 characters.

Submissions cannot be made up of more than one video, photo or image.

A strong Submission includes the following:

Submissions that meet all eligibility requirements will be judged as follows:

Winners will be privately informed in February 2020 via a direct message through Twitter, and will be made public shortly after via the Sponsor's social media channels (i.e.: Twitter, Facebook, etc.) and other means, including the Sponsor’s website, Innovation.ca.

Once winners are contacted, they will be informed of the procedure to follow to claim the applicable prize. If a winning Contestant declines the prize, it may be awarded to another Submission in accordance with these Contest rules and regulations.

While we appreciate all entries, only Winners will be notified of a win.

Before collecting a prize, and within five (5) calendar days of being notified that their Submission has been selected, any Winner will be required to provide consent and release confirming, among other things, compliance with these Contest rules and regulations; acceptance of the prizes awarded, and consent that their Submission and personal information, such as name, likeness, institution of enrolment and/or prize information, may be used, without further compensation, in any publication or promotional material, by the Sponsor, for the sole purposes of promoting the Contest, its Winners and/or the benefits of their research.

All prizes must be accepted as awarded, without substitution; are not transferrable or convertible to cash; and are not for resale.

The Sponsor reserves the right to cancel, terminate, modify or suspend the Contest for any reason. Any notification of such action may be posted online on the CFI’s website and/or via social media channels, and Contestants are encouraged to periodically check for such notifications.

The Sponsor reserves the right to change Contest rules and regulations without reason, including, if necessary, to comply with any applicable law. Any notification of such action may be posted online on the CFI’s website and/or via social media channels, and Contestants are encouraged to periodically check for such notifications.

By entering this Contest, Contestants agree to abide by these Contest rules and regulations, and acknowledge that the Sponsor shall not be responsible for any damages, costs, demands, claims or losses of any kind incurred by any Contestant as a result of participation in this Contest.

This Contest shall be governed by and construed in accordance with the laws of Ontario and any applicable federal laws. These rules and regulations govern all aspects of the Contest and are binding on all Contestants.

The Sponsor is not responsible for entries that are delayed, misdirected or incomplete. Any entry that is unreadable or unintelligible will be ineligible.

The Sponsor is not responsible for telephone, computer or network malfunction or error (whether technical or human in nature), communication disruption or other forces beyond the reasonable control of the Sponsor.

Questions regarding the collection, disclosure and use of your personal information may be directed to feedback [at] innovation.ca.