Ottawa, Ontario — Researchers at Canadian universities play a central role in ensuring this country has a thriving, clean growth economy that protects the environment and promotes the wellbeing of all Canadians.

On behalf of Kirsty Duncan, Minister of Science, Terry Beech, Parliamentary Secretary for Science, announced today at Carleton University in Ottawa, nearly $20 million in funding to 33 Canadian universities. The investment was made by the Government of Canada through the Canada Foundation for Innovation’s (CFI) John R. Evans Leaders Fund — a fund designed to help universities attract and retain the best and brightest researchers from around the world by giving them access to state-of-the-art research tools.

Listen to three of the leaders behind the projects receiving funding in this round of the John R. Evans Leaders Fund.

Among the researchers benefiting from new CFI-funded infrastructure is Carleton University’s Anh Pham, who is developing new technologies to treat contaminated soil and groundwater. Despite years of remediation efforts by various industry sectors, the contamination of groundwater and soil continues to be among the most serious environmental pollution problems in North America. Dr. Pham’s work will address the pressing need for faster, cheaper and more efficient ways to treat contaminants in soil, which will lead to cleaner water, healthier soil and more sustainable living environments.

“When researchers are equipped with the right tools, they can make the kinds of discoveries that improve our environment, economy and wellbeing. Investments like the one announced today will increase our capacity for innovation and discovery, as well as benefit Canadians for generations to come.”

“Investing in the tools and technologies used for discovery-based research are crucial to furthering Canada's reputation as a global-leader in science and innovation. Today's announcement demonstrates Canada's strong support for science and its role in a thriving, healthy society.”

“From health to engineering, telecommunications and environmental protection, the Canada Foundation for Innovation provides researchers with state-of-the-art-facilities and equipment that are essential to conduct world-class research that directly benefits all Canadians.”

“The CFI’s support is critical for the development of research infrastructure that will support the excellent work of our dedicated researchers. Anh Pham and Hillary Maddin are just two of the leading Carleton researchers who produce work of global importance."

"We envision that the in situ technologies developed with the CFI’s support will be more economical and effective than the existing remediation technologies. The equipment we will be able to acquire is indispensable for our research activities.” 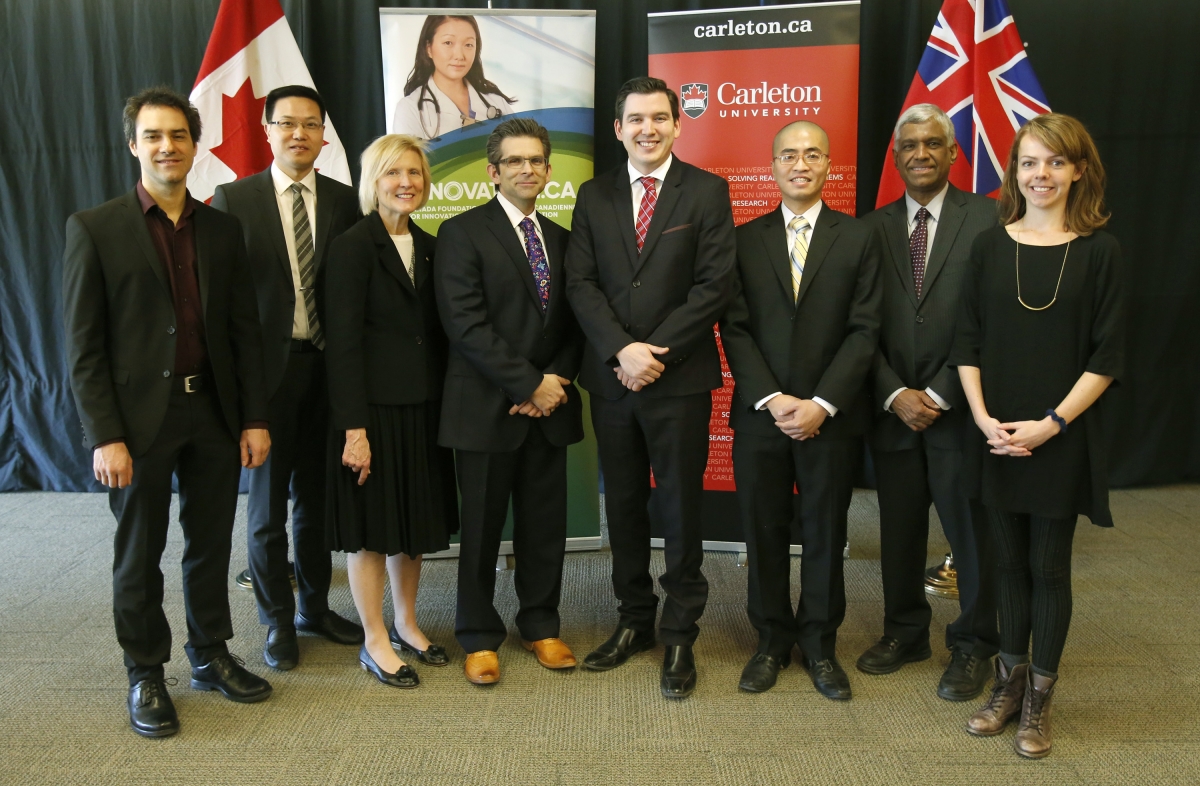 The CFI Research Facilities Navigator – An online directory of CFI-funded labs that are available to collaborate with the private sector.

Veronique Perron
Press Secretary
Office of the Minister of Science
343-291-2600
Veronique.Perron [at] canada.ca

NOTE:
As part of this announcement, an additional $4,566,873 was awarded under the Infrastructure Operating Fund (IOF), a mechanism that assists institutions with the incremental operating and maintenance costs associated with the new infrastructure.