HAMILTON, April 14, 2014 — The first signs of Alzheimer’s disease in Canada’s aging population may be detected earlier using new biomarkers being developed by Jennifer Heisz, a neuroscientist at McMaster University. Heisz’s brain biomarkers are neural signals she will use to detect disease, or the risk of disease, early and help measure the progress of treatments. 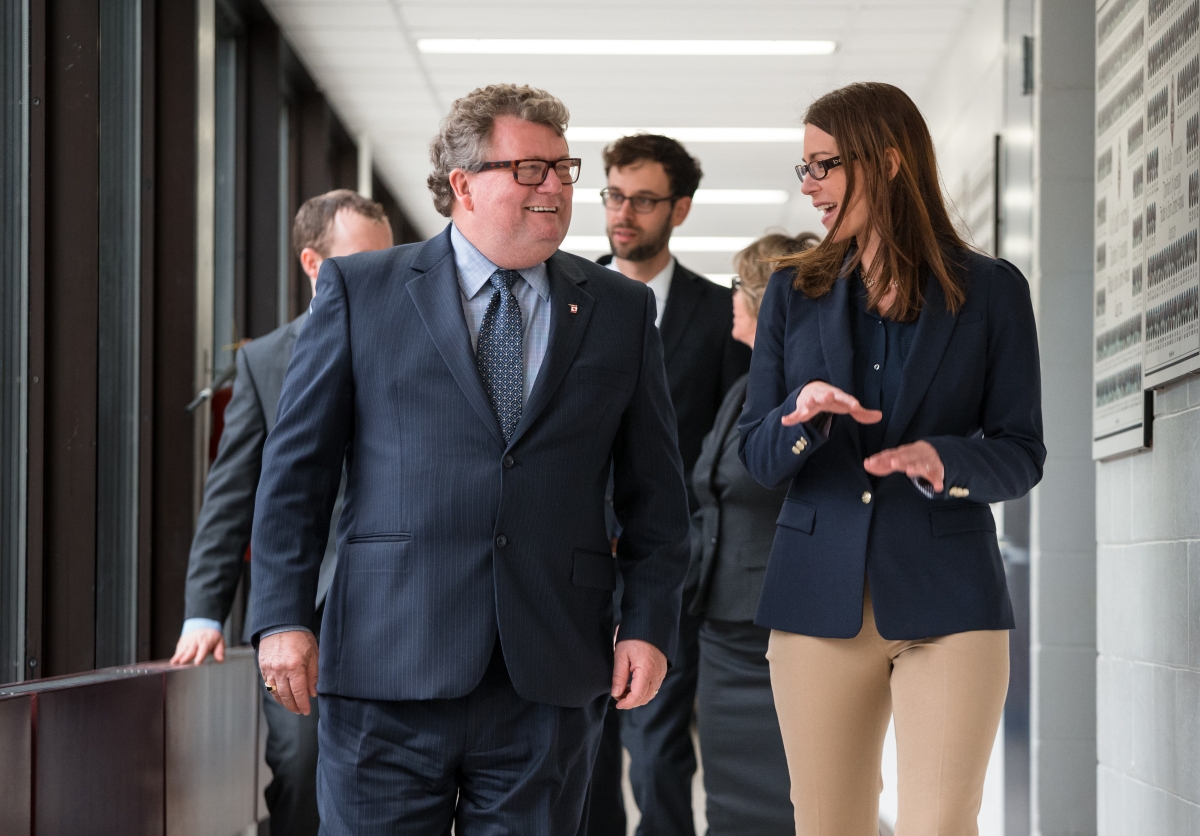 Heisz’s Neurophysiology and Fitness Laboratory is one of 149 facilities at universities across the country to benefit from new federal investments through the Canada Foundation for Innovation’s (CFI) John R. Evans Leaders Fund.

Ed Holder, Minister of State (Science and Technology), today announced more than $30.4 million in funding for research infrastructure at 32 universities across the country. These funds will also go to institutions with researchers working in areas such as pharmacology, infectious disease and materials engineering. The support will provide recipients with advanced tools that will help them generate research breakthroughs, expand Canada’s innovation capacity and contribute to the country’s economic success.

The CFI’s John R. Evans Leaders Fund helps these academic institutions attract and retain some of the world’s most talented researchers in a variety of disciplines.

“Canadian researchers need state-of-the-art tools in order to undertake world-class research. Our government believes significant investment in these tools is essential to making scientific breakthroughs, which improve the lives of Canadians and increases economic prosperity.”

“Cutting-edge facilities found at universities across the country become hubs where communities of students, researchers and entrepreneurs inspire each other to innovate. Their collaborations are vital to enhance Canada’s position as a global leader in research and enterprise.”

Dr. Gilles Patry
President and CEO of the CFI

“Universities are at the heart of discovery and innovation in Canada. These investments in state-of-the-art research tools and infrastructure will equip university researchers to develop new ideas and knowledge, find new treatments to make Canadians healthier, and generate discoveries that will make businesses more competitive.”

Paul Davidson
President, Association of Universities and Colleges of Canada

“This funding provides our researchers with the tools they need to pursue emerging areas that will impact the health and welfare of Canadians.  Awards such as the John R. Evans Leaders Fund catalyze the university research enterprise by ensuring our students have hands-on experience with the latest equipment and techniques and improve our researchers’ ability to attract the best candidates to their research teams.”

“The decline of cognitive abilities among Canada’s aging population poses a great challenge to our healthcare system, society and economy. With the CFI’s support, my team will have the tools to monitor brain function in new ways that may eventually give clinicians the means they need, whether through exercise or lifestyle changes, to prevent the onset of dementia among their older patients.”

The CFI Research Facilities Navigator – A new online directory of CFI-funded labs across the country that are available to collaborate with the private sector. Four McMaster labs are currently listed in the Navigator.

Top to the page

Top to the page

NOTE:
As part of this announcement, an additional $7,016,595 was awarded under the Infrastructure Operating Fund, a mechanism that assists institutions with the incremental operating and maintenance costs associated with the new infrastructure.