Quebec, QC, August 1, 2012 – Researchers at Université Laval have developed a blue light to help bleary eyed shift workers regulate their internal clocks and get the sleep they need when they need it.

One-third of Canada’s workforce – approximately 6.5 million people – work shifts that keep them awake at night and require them to sleep during the day. From police officers and firefighters to manufacturers and truck drivers, many Canadians rely on an assortment of coffee, energy drinks and medication to keep themselves alert at night and sleep when the sun is shining. 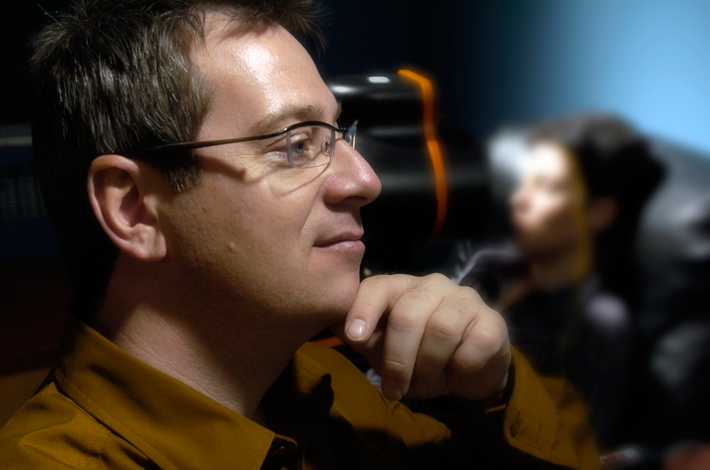 But now, researchers at Université Laval have developed a blue light that helps to better regulate people’s biological clocks, ensuring they are awake while on the job and that they can sleep when their shift ends. Université Laval, which has received funding from the Government of Canada through the Canada Foundation for Innovation (CFI), has partnered with Canada Post, forestry company Abitibi-Bowater and the Quebec City police department to test the effectiveness of the blue light when it comes to managing the internal clocks of night workers.

“Shift workers and their families know the toll that this lifestyle can take on their health,” says Marc Hébert, a professor in the Department of Ophthalmology at Université Laval and researcher at the Centre de recherche de l’Institut universitaire en santé mentale de Québec (IUSMQ).“We are using light to help people’s bodies adjust in a more natural way – without the need to ingest a lot of caffeine or pills.”

Low level blue light simulates the sky and tricks the body into thinking it is daytime. Special glasses are later worn to block the blue light, giving the body a signal that it is nighttime. This causes the body to relax and prepare for sleep.

Professor Hébert’s team recently installed machines that emit blue light in a number of police patrol cars to study the effects. Preliminary results show that Quebec City police officers who were exposed to the blue light fell asleep easier and slept longer than their counterparts who did not have the light in their cars. Similar results were found with workers at Canada Post and Abitibi-Bowater who, on average, slept 40 minutes more when exposed to the blue light.

“Our government is investing in the well-being of our communities by funding research that will help keep workers and their families safe,” said the Honourable Gary Goodyear, Minister of State for Science and Technology. “This is a great example of research innovation at universities and colleges that is delivering results for Canadians.”

The blue light also has the potential to help relieve driver fatigue and make Canada’s roads and highways safer. According to Transport Canada, 20 percent of fatal driving accidents are caused by driver fatigue. In Quebec, more than 100 motorists’ deaths a year are attributed to people being overtired. Getting workers home safely means ensuring that they aren’t dozing off during their commute. The blue light could eventually be used with truck drivers, airline pilots and other people who need to remain alert behind the wheel or at the controls.

Professor Hébert is working to take his invention to market. A spin-off company called Chronophotonix Inc. has been established in Quebec City to commercialize the unique blue light and ensure that Canada’s shift workers benefit from this research innovation.

Created by the Government of Canada in 1997, the Canada Foundation for Innovation builds the nation’s capacity to undertake world-class research. In the 2012 federal budget, the CFI received $500 million to make continued investments in state-of-the-art research facilities and equipment nationwide. Thanks to CFI investments, universities, colleges, research hospitals and non-profit research institutions are attracting top talent, training the next generation of researchers, supporting private-sector innovation and creating jobs that strengthen Canada’s economy.

For more information, or for interview requests, please contact: